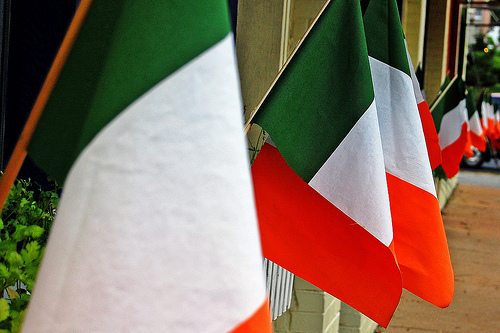 The National Offshore Wind Association of Ireland (NOW Ireland) has warned that under existing Government policy Ireland will miss its binding EU renewable energy targets. Ireland is committed to supplying 40% of its energy for electricity from renewable sources by 2020.

In a submission to Government, NOW Ireland has warned that failing to meet the 2020 targets will not only lead to substantial fines but will also prevent export of green energy to Europe, a key aim of the EU Energy Union, which European Commission Vice President Sefcovic will be promoting when he visits Dublin later this week.

To prevent an embarrassing clash with the EU Commission on Ireland’s role in Energy Union, NOW Ireland calls on the Government to withdraw its policy of preventing the use of the existing Irish offshore wind resource to meet 2020 and 2030 targets, of which nearly 3000 MW (equivalent to total Irish onshore wind resource) is immediately ready for construction.

Ireland’s substantial offshore wind resources have been identified by Government as a major asset for export.  In its submission to Government, NOW Ireland has highlighted that failure to achieve the 2020 targets for renewable energy generation would lead to a bar on Irish renewable energy generators exporting power under existing European Union rules. This would directly clash with the EU objectives of Energy Union and Europe’s maximisation of its renewable energy resources, while costing the state many hundreds of millions of euro in revenue.

NOW Ireland Secretary General, Brian Britton, said: “Successive Governments have placed all their eggs in the basket of onshore wind.  Other technologies, such as offshore wind, have been pushed towards the export route to market.  If the Government’s narrow focus fails to deliver, Ireland will face significant fines and the offshore wind industry, which could deliver the entire renewable energy shortfall for Ireland, will be locked out of the export market as well as the home market.

“This would work directly against the aims of the European Commission through its Energy Union priority as it strives to eliminate reliance on Russian gas through maximising renewable EU energy resources. Irish offshore wind is one such significant resource that Vice President Sefcovic will want fully utilised under Energy Union. Offshore wind offers the country an insurance policy, which ensures that Ireland will meet its targets and starts to build a new indigenous export industry.”