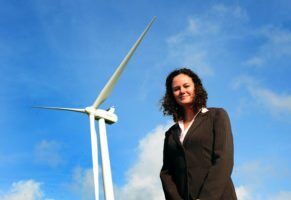 A leading South West renewable energy lawyer has been shortlisted for a national award for her work promoting the renewables industry.

Sonya has built Stephens Scown’s renewable energy team into the biggest in Devon and Cornwall. Her work in the community energy field has included ground-breaking progress on grid sharing agreements for solar schemes, which has allowed commercial developers to work with community energy enterprises. A regular speaker at renewables events around the country, Sonya is a vocal supporter of community energy at a local, regional and national level.

Sonya is also a board member of Exeter Community Energy, which has been nominated in the Community Renewable Energy category of the same awards.

The group successfully raised £390,000 to fund nine rooftop solar projects on mostly community buildings across Exeter. Over 20 years the project is expected to save host sites around £340,000 in energy costs and reduce C02 emissions in the city by 2575 tonnes.

Commenting on her nomination, Stephens Scown’s managing partner Robert Camp said: “We are very proud of Sonya, who regularly goes above and beyond what is required of her to help our renewable energy clients get their projects off the ground. Her passion, knowledge and enthusiasm for renewable energy is second to none and she is a very worthy nominee for this national award.”

Stephens Scown has over 290 staff, including more than 50 partners, across its offices in Exeter, Truro and St Austell. For more information visit www.stephens-scown.co.uk