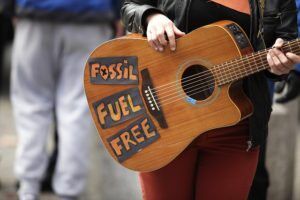 The Department of Energy & Climate Change (DECC) has laid out a framework in advance of the next Capacity Market auctions, highlighting the capacity to procure.

The Capacity Market aims to ‘keep the lights on’ by paying new and existing generators to provide electricity at times of high demand.

DECC’s data revealed that 5GW of conventional, fossil fuel powered generation suppliers that were awarded earlier contracts under the scheme have missed their targets for delivering the projects and therefore more capacity must be procured in the next auction rounds to cover the possible shortfall.

The REA believes this is because of the increasing cost and difficulty of financing major new fossil fuel generation projects, in part due to low wholesale power prices and prolonged policy uncertainty.

These difficulties serve to highlight the advantages of renewable generation, notably that they can be reliably and cost effectively delivered at scale in the time period required under capacity market rules. This serves to bolster our security of supply in the coming years.

Technologies such as the conversion of existing coal power stations to sustainable biomass offer large amounts of capacity which can be deployed with relative speed using existing infrastructure to meet a capacity crunch.

“The news that 5GW of conventional power plants missed their delivery deadlines under the Capacity Market programme shows that a disturbing lack of new capacity is being built at present.

Renewables offer a more sustainable form of power production and the opportunity to grow new industry in Britain. Government support schemes such as the Capacity Market must be reformulated to focus on renewables, such as biomass, wave and tidal, wind and solar.

Renewables are the only form of power generation that have been delivering new capacity at any scale in recent years so the Government’s best chance of ensuring supplies and meeting legally binding renewable and emissions targets is to better support this sector.”

In addition, the REA believe the mechanism should be reformed to better support innovative energy storage projects which could offer greater system stability and enable the roll out of more solar and wind power, alongside other low carbon options.

“Countries around the world are rushing to support the growth of a domestic energy storage industry. While Government has made positive noises regarding the sector, there have been missed opportunities for action, including by making some straightforward changes to the Capacity Market that would incentivise storage using an existing mechanism.

“Storage developers need longer term contracts and clarity on how long capacity will be required for delivery, in order to size their projects appropriately. A recent Government report highlighted that storage and increased flexibility could save the UK as much as £8 billion by 2030 so the prize is great.”