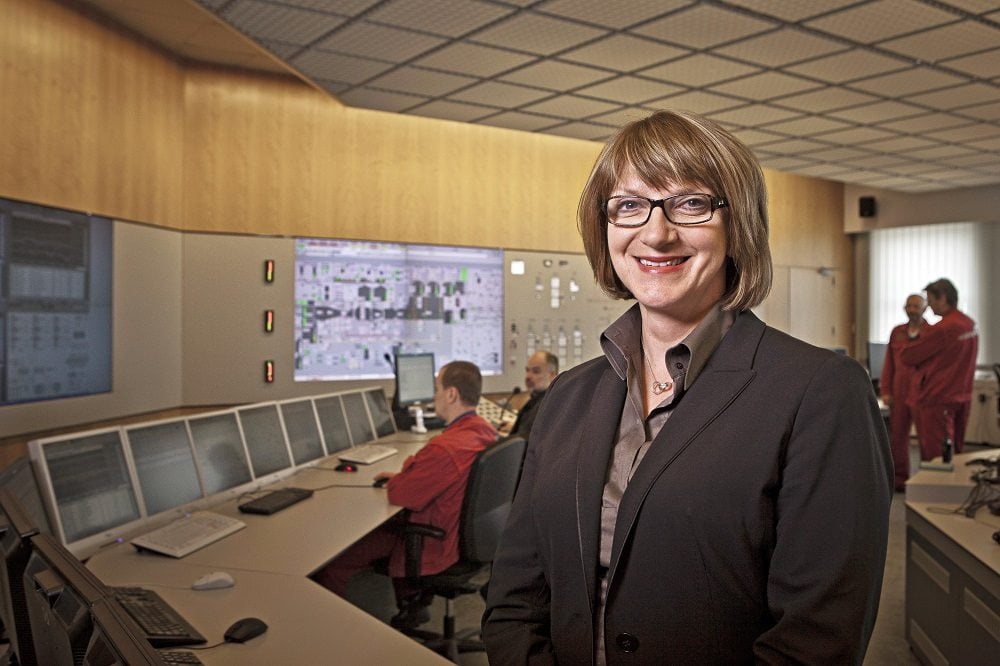 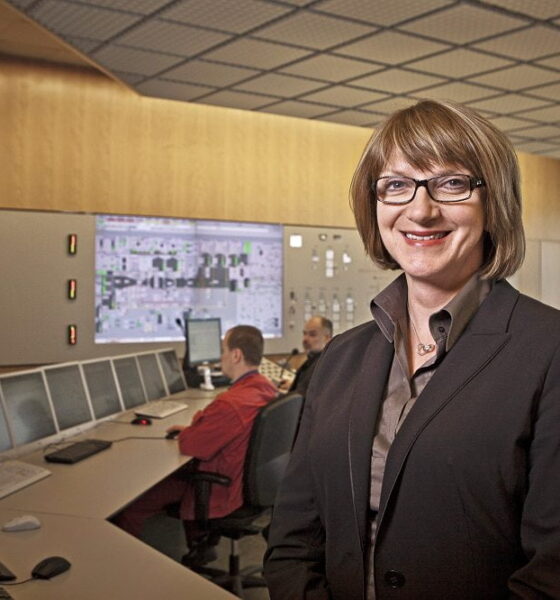 In one of her first in-depth interviews as chief executive of the Renewable Energy Association, Nina Skorupska speaks with Alex Blackburne about taking over a leading clean energy trade body at a time of political instability, societal demand and environmental urgency.

Nina Skorupska sometimes conducts experiments with taxi drivers as she travels across London. After finding out what she does, their response is often something along the lines of, “Oh, you’re doing that funny green stuff.” Her task, or mind game – however you choose to look at it – is to get them supporting renewable energy by the end of the journey.

While some remain unconvinced as she settles the fare, she recalls one driver who had actually fitted solar photovoltaic (PV) panels to the roof of his house. He is already enjoying lower energy bills and his system is well on the way to paying for itself.

The only problem, Skorupska says, is that he was reluctant to talk to anyone but his friends about his positive experience in case they were doing better out of their panels than he was.

Despite the cabbie’s slightly tongue-in-cheek self-interest, it’s exactly this consumer-driven tour de force that Skorupska – in her new role as chief executive of the Renewable Energy Association (REA) – wants to mobilise.

“It’s about getting people to believe that they are really influential in how we can meet the UK’s 15% renewable energy target, and at the same time, doing great things for society and saving them money, removing all this volatility around their prices that they are subjected to from the big six”, she says at the REA’s office in Victoria, London.

She uses the phrase “prosumer” – a consumer who takes control of their energy, especially through energy efficiency and on-site energy production – to describe the outlook required. And she’s noticeably excited by the prospect of such a transition.

Skorupska’s attitude to renewables is a healthy mix of pragmatism and optimism. The former comes from her more than two decades working in the conventional energy industry; the latter from her career-long desire of wanting to make things work better.

She quickly realised, after studying astronomy and astrophysics at university, that she preferred science to mathematics, and so she embarked on a PhD in coal combustion. This led her to a job at the International Energy Agency and later, National Power (which became Innogy in 2000 and Npower two years later).

Her time at Npower saw Skorupska occupy more than half a dozen roles, including fuel specialist, strategy and business planner, engineering manager, production manager and power station manager. After working in the Netherlands for a while, she decided she wanted to get back to working with the kind of people who inspired her. The engineers, the scientists, the environmentalists. The people, she says, she loves working alongside to deliver energy solutions.

A constant and notable thread running through her career – regardless of the resource (fossil-based or clean) – is a desire to make things work more efficiently and effectively. So when the REA role became available in the spring, a handful of her former colleagues each independently pointed her towards the vacancy.

Skorupska’s personal motivation of wanting to make a difference “seemed to coincide with what the board of the REA wants to do now”. She added, “That means anticipating that the renewable energy industry has to be treated credibly by businesses as an industry that is here to stay, that is not going to just disappear overnight because it’s a whim or a fad. It’s serious. The REA’s role is to help its members run profitable businesses, but also to help deliver the UK’s agenda on climate change as well.”

But she has big boots to fill, though. Gaynor Hartnell – a veteran of renewable energy trade associations having spent nearly two decades in renewables trade association, including the REA, the British Wind Energy Association (now RenewableUK) and the Landfill Gas Association – announced she would be stepping down earlier this year. Skorupska’s appointment was confirmed in June.

“If you could melt down Gaynor’s policy head and current knowledge and transfer it into mine, and add it to my business sense, it’d be quite a powerful combination”, Skorupska says.

“That’s why I’ve not let Gaynor go. She still works for us for a couple of days. And in fact, this is how important we think community energy is: we’ve asked Gaynor to be our project manager for pulling together the community thinking. With my kind of pragmatism, her contacts and policy knowledge, and the rest of the staff, that’s a powerful team.”

Set up in 2001, the REA is the largest renewable energy trade association in the UK, with approximately 1,000 members across renewable heat, power, transport and organics recycling, covering such technologies as biomass, solar energy, anaerobic digestion and marine renewables.

Skorupska adds that she hopes to build on the work Hartnell did in her three years as chief executive (“I don’t want to be the kind of person who comes in here and throws out the old rulebook”) but that she obviously has a clear vision on how the REA – as a not-for-profit business – can deliver its members’ agendas. Listening to their ideas, aspirations and concerns is central. But again, her pragmatic approach shines through.

“I’m not going to be able to please everyone. Our members are members because they believe in renewable energy. They believe they can make a living for themselves and their staff, they’re excited about the technology or they have a vision. Somehow, we’ve got to be able to say things in a voice that appeals for all of those different types. I think we can do that.

“Once in a while, I’m going to cause somebody to disagree. I can’t apologise for that. It’s about making sure we’re dealing with the important issues at the right time, because you only have maybe once or twice in a business cycle where you can have an intervention. We’re in an interesting time now.”

Interesting, certainly, but urgent as well. On the day of our interview, the Intergovernmental Panel on Climate Change (IPCC) released its latest review of the physical science of climate change. While it doesn’t say anything particularly new, its key conclusion is that scientists are now 95-100% confident that increases in global average temperatures are caused by human activity: namely, the burning of fossil fuels for heating, electricity and transport.

“In business, nobody would ignore a study which concludes that the certainty of the risk is 95%”, Skorupska says.

“We always talk about renewables saving the planet by 2050, yet some people won’t be alive by then, so why should they care except maybe for their grandchildren? How do we make it relevant now? That’s where I think taking control, working to deliver a business agenda and removing the risks and the volatility [of fossil fuel costs], could be something that appeals more to people.”

A more immediate and solvable challenge than climate change (which if solved would, in turn, help the UK’s climate efforts) is to do with the government. Skorupska said its current lack of joined up thinking on renewables and all things green was not helpful (her predecessor, Hartnell, previously said the current administration was “particularly difficult to work with”).

One just has to look at the recent row over the so-called green levies review to see that there is even infighting and politicking within individual departments – nevermind within the coalition more broadly.

George Osborne once described the green movement as the “environmental Taliban”. Skorupska laughs off the chancellor’s slur and goes back to her earlier phrase: “prosumer”. It’s this attitude – consumers striving for better, fairer, less volatile, more sustainable energy deals – that will, more than almost anything, help boost the future rollout of renewable and clean technologies.

Nina Skorupska is a chemist with over 25 years in the energy industry. She joined National Power in 1993 as a fuel specialist and moved through the ranks to become the first female power station manager of RWE Npower’s Didcot B. Since then she has led a UK energy trading team, been director of technology services, spent time in Germany as RWE Group’s director of performance improvement, and then the Netherlands where she was chief technology officer at Essent NV, a wholly-owned company of RWE Group and the Netherlands’ largest energy company. There she was responsible for its entire generation fleet, innovation, research and development and renewable energy developments.

Keep on track! Taking renewables to 2020 and beyond…