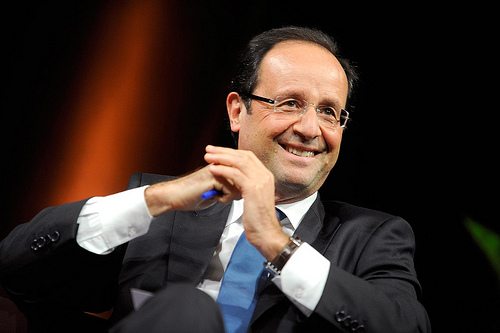 François Hollande has reaffirmed that France will not support fracking for as long as he is president, after a ban was placed on all shale gas drilling permits in the country.

His announcement came shortly after fracking firm Schuepbach Energy had brought its case to court, as the company’s exploration licences were stopped by the ban passed in 2011.

Hollande said, “As long as I am president, there will be no exploration for shale gas in France. The debate on shale gas has gone on for too long.”

Despite those who favour fracking saying that it would help boost France’s economy and overcome the recession, the government has so far rejected the extraction technique on environmental grounds.

Shale gas extraction has often been labelled as unsafe because the process of injecting chemicals into shale rocks might contaminate water and nearby land.

It is also believed that the procedure could cause earthquakes of as yet unclear intensity.

Despite a sharp increase in the production of clean energy from renewable technologies like wind and solar, France’s current biggest source of energy is nuclear, which accounts for more than 70% of its electricity. France’s share of nuclear electricity is the highest in the world.

In the UK, fracking has been given the green light, both by the chancellor George Osborne in his 2013 budget speech and energy minister Michael Fallon.

Economic incentives for investors and communities living near extraction sites were announced in June, after it was revealed that reserves in Lancashire and Yorkshire could exceed expectations.