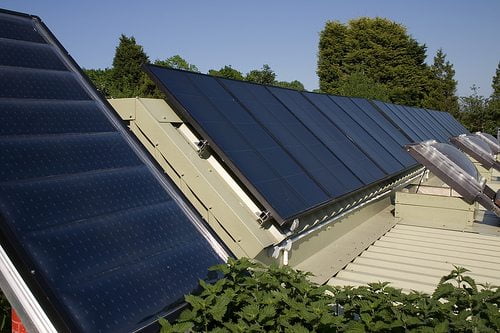 Renewable energy is the second most popular investment choice in the UK after property, according to a new survey that confirms the British public’s support for clean power.

The Great British Money Survey, commissioned by renewables crowdfunding platform Abundance Generation and conducted by One Poll, reveals that renewable energy is the preferred investment of 33% of people interviewed.

Property leads the way, remaining the first choice of 43% of people. Traditional energy sources such as coal, oil and gas came third (23%).

Meanwhile, among the most important things that Britons consider when investing are financial returns, risk, transparency and the environmental or ethical impact.

“Britain is a nation in love with property, so it’s no wonder this is at number one, but to see renewables favoured above old energy is a great vote of confidence in the sector”, he said.

“We know that from the rapid take-up of crowdfunded renewables investors are actively looking for inflation beating returns. People would much rather get them through investing in the real economy in assets that they can see, trust and believe in.”

The survey also revealed that renewable energy was the preferred investment for people aged 18-24. Overall, 75% of interviewees said they would be ‘unhappy’ if their investment was somehow unethical, while 71% said they wanted to know how their money was being invested.

The majority (72%) said that risk was their highest priority when investing, but according to the survey, 82% of the public did not know the meaning of ‘carbon bubble’ – the term used to describe the overvaluation of fossil fuel stocks when climate change is factored in.

More than half of people (55%) surveyed consider renewable energy as medium to low risk, with 26% considering it ‘risky’.