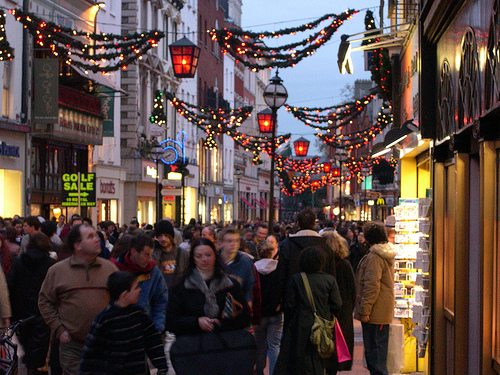 The report, Health, Wellbeing and Productivity in Retail: The Impact of Green Buildings on People and Profit, says that although there is a surge in interest in health and wellbeing in the property sector, most retailers are currently missing a key opportunity to better understand how the physical retail environment can affect staff and customers – including the retail experience – and therefore the impact on overall business performance.

This is despite emerging evidence which shows that greener, healthier retail stores – those which typically have good levels of daylight, fresh air and greenery – are becoming more attractive to consumers and potentially more profitable for retailers.

This report breaks new ground by presenting ways in which retailers can measure the impact of place on profit using data – particularly on consumer behaviour – which may already be available at their fingertips.

Terri Wills, CEO of the WorldGBC, said: “The days of ‘grey box retailers’ are numbered. A new breed of businesses is emerging which understands that better shopping environments lead to better experiences for consumers which, in turn, lead to better economics for retailers.

“This report is about empowering retailers to look within their own properties to understand and monetise how better, more sustainable physical environments can potentially drive profit, and in doing so, ultimately strengthens the business case for greener, healthier buildings.”

The report was led by the UK Green Building Council and forms one of the first major outputs of WorldGBC’s global campaign Better Places for People, designed to increase the number of green buildings which support people’s health, wellbeing and productivity.

Richard Francis, Principal of The Monomoy Company, who chaired the project task group, said: “Retailers have a distinct advantage over other sectors because they have an extensive understanding of how consumers behave, from the amount of time they spend in stores to where specifically in stores they spend that time. Linking that behaviour to sustainable store design will be a catalyst for major change within the industry – change that will lead to retail spaces which are better for consumers and employees, retailers, and the environment.”

John Alker, Policy & Campaign Director, UK Green Building Council, said: “This should be a wake up call for retailers and those with a stake in retail property. They are sitting on a potential gold-mine of data, which can help cement the business case for investing in healthy, greener stores – both new build, and refurbishment. Leaders in the sector realise this, we now need to see action across the board.”