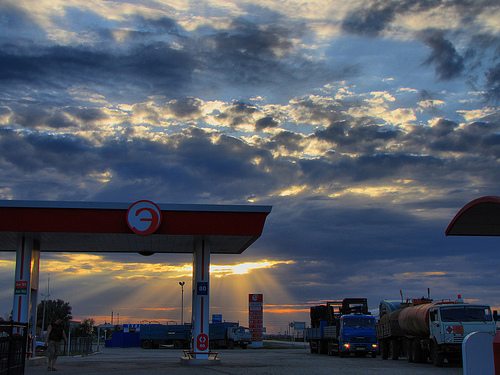 The details of the agreement have not been disclosed but the 30-year deal is said to be worth around $400 billion (£236 billion).

Around 38 billion cubic meters of natural gas will travel every year from Siberian pipeline to China, starting from 2018. The two countries long discussed the price, with some commentators saying it is likely to be lower than what Russia demands from western nations. However, President Putin said that the price was regulated on the market price of oil, as it was for other countries.

He said, “The price is satisfactory for both sides. It is tied, like it is envisaged in all our international contracts with Western partners, specifically our partners in Western Europe, to the price of gas and gas fuel. It is an absolutely calibrated, general formula for pricing.”

In addition, China will fund the construction of pipelines to transport the gas over the Siberian border.

Negotiations took almost a decade to conclude and are likely to have been accelerated by Russia’s urgency to find new partners amid tensions with western countries over Ukraine.

China on the other hand, is keen to find alternative energy suppliers so it can get rid of coal-fired power plants, which have been a major contributor to the pollution crisis that the country often experiences.

However, some have said that the deal also means a lot more than that. Rain Newton-Smith, head of emerging markets at Oxford Economics said, “The whole tenet of the deal has a symbolic value – it says that the two countries are prepared to work with one another.”