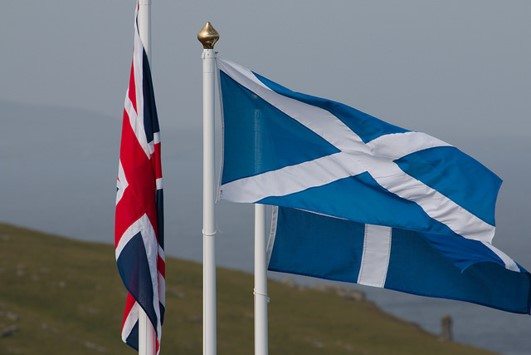 Scottish Energy Minister, Fergus Ewing, hosted a Renewables Roundtable this morning, with representatives from across the renewables industry, environmental NGOs and business organisations to discuss the impact of recent UK Government decisions on renewables.

The UK Government’s energy policy is costing the renewables industry millions as investor confidence recedes, and comes despite the UK wanting to take a leading role at the upcoming Paris climate change talks, and despite concern on decreasing UK energy generation margins.

A recent report from Scottish Renewables suggests “around two gigawatts of onshore wind projects in Scotland have been put at risk. These are projects that could bring around £3 billion pounds of investment.”

In addition the UK Government’s own impact assessment shows that 63 million tonnes more CO2 will be released into the atmosphere as a result of their cuts in renewable energy. And their cuts come as National Grid’s assessment show a further tightening of the gap between electricity supply and demand.

The feedback from the Renewables Roundtable will inform Mr Ewing when he meets with the UK Energy Secretary Amber Rudd later today. Mr Ewing, alongside representatives from onshore and offshore wind, solar, and environmental groups, are asking the UK Government for clarity on a number of issues:

– A route to market for new onshore wind farms

Speaking ahead of the summit Mr Ewing said: “Recent decisions on renewable energy by the UK Government can only be described as anti-business, anti-environment and anti-energy security. The impacts are spreading right across Scotland and the UK. It not just the renewables industry that are affected but also the wider supply chain, including ports and harbours, transmission and distribution, consultancy, communities and the civil engineering sector.

“We have made repeated calls to extend the grace period for all projects currently in the planning system and I am disappointed this doesn’t appear to have been accepted. As the Energy Bill progresses in Westminister we will continue to argue that it is in the interests of business, environment and energy security for the UK Government to mitigate their hard-line stance.

“It’s particularly perverse for the Prime Minister to want the UK to play a leading role in the climate talks when his own policies are slashing green energy.

“As well as the UK Government’s recent announcements on renewable support include early closure of the Renewables Obligations for onshore wind and solar PV projects, uncertainty around Contracts for Difference and most recently the drastic cuts to tariffs under the FITs scheme and the removal of FITS pre-accreditation.

“These sudden and unexpected shifts have brought about widespread uncertainty and concern and will not only impact Scotland but rest of the UK.

“The UK Government need to consider what urgent actions it can take to restore confidence in the sector with investors. Today’s Renewable Roundtable will help galvanise London based organisations in defence of the renewables sector, and will inform our discussions later today with the UK Government.”