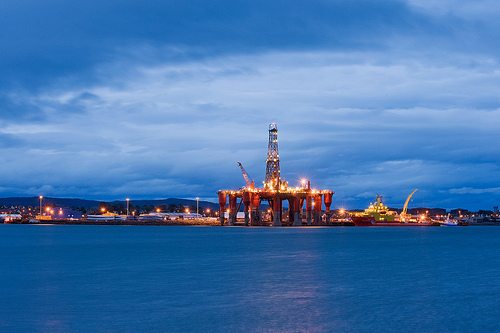 A new report from business organisation N-56 has said that revenue from oil in the Scottish North Sea could be as high as £365 billion over the next few decades, rather than the £57 billion previously estimated.

The study argues that the figures put forward by the Office for Budget Responsibility (OBR) for oil revenue for the next 30 years are far too pessimistic compared to the industry’s forecast.

If measures to maximise profits are put in place, such as a new tax regime and the creation of a Hydrocarbon Investment Bank, N-56 suggests that the figure could be six times higher, significantly benefitting Scotland’s public finance, ahead of the referendum on the country’s independence that will take place in September.

Graeme Blackett from BiGGAR Economics, which helped compile the report said, “Since 1970 over £1 trillion in oil and gas revenues have been produced by the North Sea and at least as much value remains to be produced as already has been, presenting a tremendous opportunity for the sector and for Scotland’s public finances.

“The OBR puts forward incredibly pessimistic forecasts on both barrel price and reserves, largely discredited by industry experts. What is clear is these natural resources can be maximised through implementing the recommendations put forward both by ourselves and the Wood Review, delivering considerable surpluses that we would recommend are used to invest in an oil fund to benefit future generations.”

The report has been welcomed by Scotland’s first minister Alex Salmond, but concern and predictions that the industry is in decline remain strong.

A UK Treasury spokesman commented, “The Scottish government’s claim that Scotland’s public finances will be boosted by separation are based on inflated oil and gas forecasts.

“Every independent expert agrees that North Sea oil and gas revenues are volatile and will ultimately decline.

“An independent Scotland would have to invest almost £3,800 per head – over 10 times more than when the costs are spread across the whole UK – to match the estimated £20 billion the UK government has guaranteed to provide on decommissioning relief in the North Sea. This report takes no account of these costs.”

Another report published in July by business advisory firm Deloitte found that investment in North Sea oil and gas has been falling due to changes in regulation.