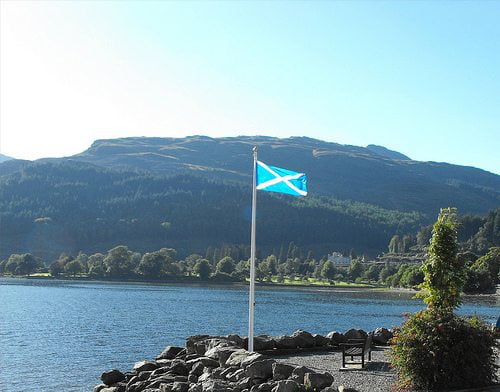 September might have hit the headlines for its unseasonal warm weather toward the end of the month, but it also proved a boon for renewables output said environmental groups today.

Analysis by WWF Scotland of wind and solar data provided by WeatherEnergy found that for the month of September:

– Wind turbines in Scotland alone provided 563,835MWhof electricity to the National Grid, enough to supply, on average, the electrical needs of 64% of Scottish households (1.55 million homes) – this represents an increase of 82% compared to that of September 2014, when wind energy provided 308,301MWh.

– Wind generated enough output to supply 100% or more of Scottish homes on five out of the 30 days of September.

– Scotland’s total electricity consumption (i.e. including homes, business and industry) for September was 1,994,504MWh. Wind power therefore generated the equivalent of 28% of Scotland’s entire electricity needs for the month.

– For homes fitted with solar PV panels, there was enough sunshine to generate an estimated 70% or more of the electricity needs of an average household in Dundee, Stirling, Perth, Edinburgh, and Glasgow, and 65% or more in Inverness and Aberdeen.

– For those homes fitted with solar hot water panels, there was enough sunshine to generate 80% or more of an average household’s hot water needs in Perth and Stirling, and 65% or more in Dundee, Edinburgh, Glasgow, Inverness or Aberdeen.

WWF Scotland’s director Lang Banks said: “We recently learned that during 2014 Scotland’s renewable energy sector helped us to avoid a record amount of carbon emissions. Given the big jump in renewables output during September it’s very likely we’ll be breaking even more records this year. Thanks to a combination of increased capacity and stronger winds, output from turbines was up more than 80 per cent compared to the same period last year – supplying power equivalent to the electrical needs of one and a half million homes.

“Scotland continues to make strong progress in the renewable electricity sector, but there remains much more to be done on renewable heat where currently only 3% of our heating demand comes from renewables. We hope that ahead of the Holyrood elections that all parties commit to introducing a Warm Homes Act that helps bring clean and affordable warmth to thousands of households in Scotland, by supporting the growth of district heating and renewable heat.”

On solar power, Banks added: “Despite being well in to autumn, for the tens of thousands of homes that have installed solar panels to generate electricity or heat water, around three-fifths of their electricity or hot water needs could have been met by the sun during the month. This all helped Scotland to further reduce its reliance on polluting fossil fuels during September.”

Karen Robinson of WeatherEnergy said: “Scotland has proved yet again that whatever the weather it’s still good news for renewable energy generation. The Indian summer at the end of the month wasn’t just a nice surprise; it also helped ensure that total solar power output across September remained high. As we move toward winter we can expect solar output to decline a little, but wind power output to begin to ramp up.”