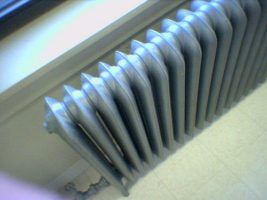 Calls for increased investment in energy efficiency in Scotland have today (Monday 12th September) been backed by leading economists who have suggested that it is one of the best ways to drive up economic activity and tackle cold homes.

The economists from the London School of Economics and the University of Strathclyde said that energy efficiency programmes are an excellent way to boost the economy by getting cash out into local communities and into consumers’ pockets as quickly as possible.

The economists welcomed the First Minister’s recent announcement in her Programme for Government that £20m of post-EU referendum stimulus funds are to be channelled to energy efficiency programmes. However, they urged the Scottish Government to build on this good start, to amplify the economic benefits and speed up action on fuel poverty and climate change.

The economists join over 50 organisations backing the call from the Existing Homes Alliance (EXHA) for a national infrastructure programme to improve the efficiency of Scotland’s homes, to tackle fuel poverty and climate change.

Professor Karen Turner, Director of the Centre for Energy Policy at the University of Strathclyde said:

“It’s good to see the Scottish Government recognise the multiple benefits of improving the energy efficiency of homes. Our own research shows that energy efficiency improvements free up disposable income for low income households to better heat their homes or to spend on other things. This helps reduce fuel poverty and drive new economic activity, delivering a long term and lasting boost to the economy on top of the infrastructure programme itself.

“With the UK economy still reeling in shock from the EU referendum, energy efficiency investment is a direct shot in the arm, delivering a relatively rapid economic stimulus.”

While annual spending on energy efficiency will increase to roughly an annual £125m, analysis suggests that the Scottish Government must spend closer to £450m per year in order to tackle fuel poverty and meet climate targets.

If the Scottish Government were to increase its warm homes spending, it would find its investment paid back many times over.

Dimitri Zenghelis of the London School of Economics said:

“It’s great to see the Scottish Government recognise the immediate economic benefit and value of channelling new infrastructure investment into scaled-up home energy efficiency programmes. The uncertainty created by the EU referendum continues to cast a shadow over investment in the economy and it will be vital that government spending be used on projects that can quickly boost local economies.

“Now is a good time for Government to borrow to invest; there’s no shortage of private money available with a glut of household savings making no real returns because of a lack of perceived investment opportunities. With real returns on government bonds being below zero, there’s strong evidence to suggest that returns generated on well-managed, carefully selected public investment projects such as smart investment to improve the energy efficiency of homes are likely to significantly exceed their financing costs.

“However, this current investment package is small in relation to the size of the Scottish economy and the levels of economic uncertainty. If the Scottish Government were to increase its warm homes spending, it would find its investment paid back many times over.”

“It’s great to see leading economists highlight the benefits of energy efficiency and the First Minister’s announcement lays solid foundations from which much could be achieved. Her Government can build on this success by creating a national infrastructure programme to support all homes in Scotland to reach at least an Energy Performance Rating (EPC) of C by 2025, funded with increased public investment and leveraged private funding.

“Such a programme would cut energy bills, helping the 845,000 households currently living in fuel poverty in Scotland heat their homes, as well as reduce climate emissions, prevent ill-health and create up to 9,000 jobs across the country.”