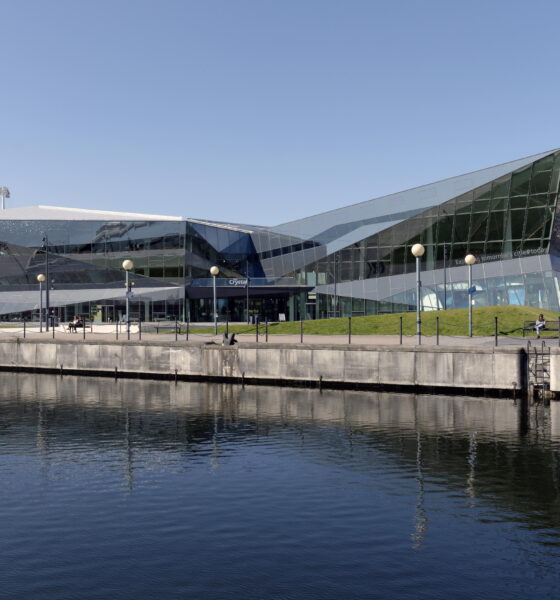 Roland Aurich, chief executive of Siemens UK, on sustainability, renewable energy and why the northern city of Hull is central to its future plans.

The people of Hull had spent two years playing ‘will-they, won’t-they’ when they were finally given the answer they had longed for. German manufacturing giant Siemens announced on March 25 that it was choosing this emerging northern city, along with neighbouring Paull in the East Riding of Yorkshire, as the location for two offshore wind turbine manufacturing plants.

Despite fierce competition from a range of coastal locations across Europe, the game went in Hull’s favour because of the UK’s place as an offshore wind leader and its own location at the heart of the Humber estuary. The decision confirmed that the city really was the subject of a sea change – after it was named city of culture for 2017 just four months earlier.

For Siemens – a firm with a global market capitalisation of over €82 billion – the deal reaffirmed its offshore wind leadership. Hull, once a thriving fishing port, sits 25 miles inland from the North Sea. Some 1,000 direct jobs are expected to be created as part of the deal, which – it is hoped – will help create a renewable energy hub in the Humber region.

The early signs are certainly promising. Just two weeks after the deal was announced, the Hull Daily Mail reported that a “major renewables company” was in talks to move to a business park right next to the Siemens site in the city.

The long deliberation process may have made Hull sweat. But Roland Aurich, UK chief executive at Siemens, is certain that the decision is an informed one – and carefully based on a range of economic and geographical factors.

“We really wanted to make sure that the industry has the certainty, because we would never make investments like this unless we saw a stable market trend going forward”, he says.

“I would say that the UK has one of the more stable regimes when it comes to making sure we meet our decarbonisation targets and at the same time making sure that capacity is there to avoid the blackouts. It is almost an impossible equation, but I think the UK has come a long way to establish that framework. There is a bit of envy from other countries like Germany and others, which are probably watching pretty closely at what the UK has been doing.”

The positive market conditions for offshore wind that Aurich speaks of have led to the UK being described as the “most attractive” country in the world for investing in the technology. As a windy island with over 11,000 miles of coastline, it is not difficult to see why.

David Cameron joined the energy secretary Ed Davey in July last year in cutting the ribbon on London Array – the world’s largest offshore wind farm, which has capacity to power Hull’s 100,000 or so homes four times over. Meanwhile, the government’s long-term strategy, unveiled in August, hopes to boost the UK’s position at the forefront of the industry.

It is a different story for onshore wind, which continues to divide opinion among voters and businesses alike on both value for money and aesthetics. The Conservative party is even reportedly including measures to curb development of onshore turbines in its manifesto for the 2015 general election.

“I think they need to be extremely careful in proposing things like that”, says Aurich, who concedes that debate around onshore wind is a “neverending story”. He adds that wind conditions are more attractive and reliable offshore – added to the fact there are fewer dissenting locals about to stall the planning process.

Aurich himself is Siemens through and through, having first joined the firm in 1986. He has been chief executive of its operations in Canada and his native Sweden, before moving to head the UK business in 2012.

He explains how innovation and technology have always been core to what the company does. But in the last decade, it has become increasingly cautious about the bigger picture – namely, its impact on society and the environment. It has reshuffled its portfolio, moving away from less sustainable industries and into smart grid, energy efficiency and making cities more sustainable.

The location for our interview, the Crystal, is a prime example of its future ambitions. Situated on Royal Victoria Dock in east London, it is an interactive showcase for what sustainability might look like in our cities.

The building itself has meticulous architecture, with a natural cooling and self-shading design, insulation, solar panels and ground source heat pumps. Its roof harvests rainwater which is then treated and used throughout the buildings for taps, showers and in the kitchen. Meanwhile, its immediate surroundings have been landscaped in a way that maximises conservation and green space. The result is one of the world’s most sustainable buildings.

But does Siemens’s vision for its own future – to be a sustainable technological leader – include the fossil fuels that we know do serious harm to the environment? Yes – but only ones that emit the least possible carbon, Aurich says.

“In the last 10 years, we have been focusing more on how to make sure that we add value to our customers, and how to make things more sustainable.”

Some of his peers in the business world may think sustainability is a passing fad – a view that Aurich is determined to fight against. It’s a myth that there is a trade-off between going green and making a profit, he explains.

He points to the latest series of reports from the Intergovernmental Panel on Climate Change (IPCC), which expertly and alarmingly outlines what’s in store for our climate in the coming decades – including impacts on food prices, national security and the environment – if we don’t act soon.

“Urbanisation, demographic shifts, climate change – these are the megatrends that Siemens has been focusing on for years now”, he says. “For us, it’s just evidence again that we are going in the right direction.”