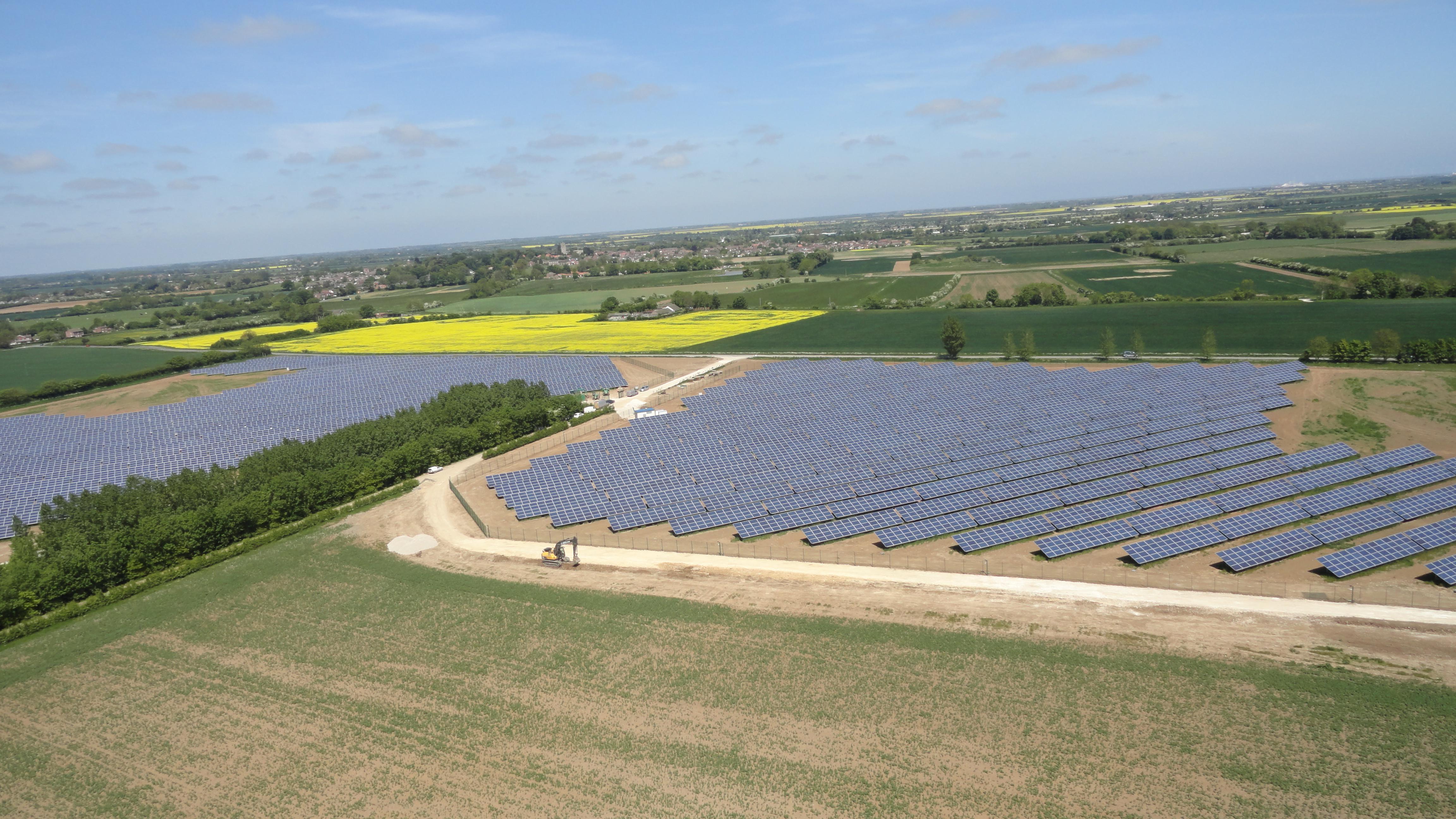 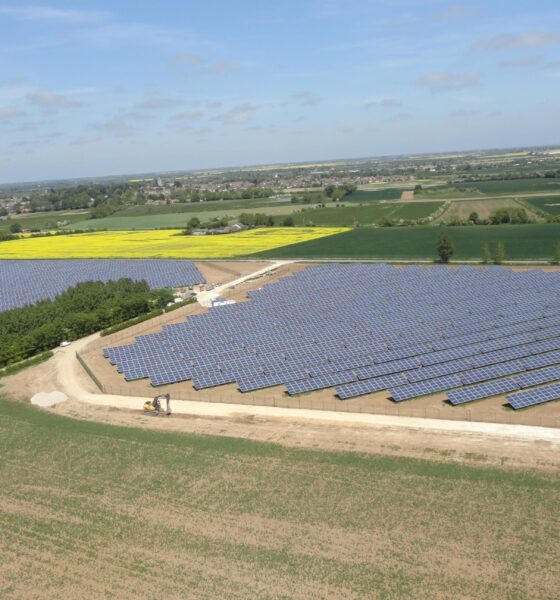 Solar farms across the UK opened their doors to the public on July 4 as part of Solar Independence Day. Blue & Green Tomorrow’s Jemma Collins went to visit the Hollies solar farm in sunny Skegness, Lincolnshire.

Solar Independence Day, set up by the trade body the Solar Trade Association (STA), was set up to raise awareness about the many benefits of solar farms, while giving communities the chance to visit a site for themselves.

The date of the event, July 4, was not an accident. Coinciding with the US Independence Day, the STA was keen to promote the energy independence provided by solar power.

Clear blue skies and high temperatures in Skegness, Lincolnshire, made for perfect conditions for the Hollies solar farm, which has over 35,000 solar panels and a capacity of 8.6 megawatts (MW). A variety of people came to visit the site, including members of the public and local landowners who were thinking of doing the same on their land.

The Hollies solar farm was connected to the grid in April 2013 and the electricity generated can power approximately 25% of the homes in the Skegness area – or just under 2,500 to be specific.

West Midlands-based renewables firm Juwi Renewable Energies is one of the co-managers of the site along with Lightsource Renewable Energy. An active member of the STA, it has completed nine projects in the UK, with Hollies the largest in its portfolio.

Jan Sisson is the managing director of Juwi in the UK, and said it held the open day with the aim of building “a bit more enthusiasm in renewables”.

The farm in Skegness was approved quickly and with very few problems. Sisson says the support from the council made the project much easier than others.

Juwi is currently working on a range of renewable projects around the UK. Sisson explains, “Juwi as a company is actually founded by two guys with farming backgrounds and the vision is that sooner or later 100% of our power and energy needs can be met from renewables. There’s no good reason why not; it’s mainly just due to politics and people’s perceptions that is stopping us doing it.”

The site’s landowner Tim Spencer has been enthusiastic about clean energy for quite some time. His land was one of the first places in Lincolnshire to have wind turbines and he has now turned his attentions to solar.

“We are very very much into renewable energy and think that it’s the way forward and we all need to do something about climate change”, Spencer says.

“I feel that this area in particular, with being a costal location, there’s always the risk of sea level rises and I think we have to improve the situation and reduce our emissions of CO2 to prevent global warming.”

Spencer has seen vast benefits since the installation of the solar farm, and not just from the reduction of harmful emissions. He explains how the farm has boosted the local economy and helped wildlife.

“When we built this, local builders built the sub-station, local civil engineers built the roads, local electricians worked on site, all the stone for the roads came from local quarries. There were colossal opportunities for local businesses here.”

He adds that the benefits to the local ecosystem had been one of the best, but most surprising, things about the solar farm. The fencing around the site has provided protection from predators, creating an ‘oasis’ of sorts where flora and fauna can thrive.

“Because predators can’t get into the fenced area as easily, there has been a dramatic increase in the number of hares, partridges, pheasants and we’ve got now five or six pairs of breading lapwings with chicks on site, which are becoming very endangered in this area. It does show that a small amount of effort can bring great rewards to the wildlife.”

Spencer has planning permission for an extension scheme, but says he doesn’t think he will install more wind turbines as he feels pubic opinion has moved away from this sector. He says solar power is now “the more acceptable face of renewable energy to the general public than perhaps turbines”.

Spencer and the developers hope the success of the Hollies solar farm can inspire others to follow suit in the local area. Indeed, Rebecca Whitehead, who came to visit the site with a view of installing a solar farm on her own land, says, “I’ve been saying to my children for years that they are going to be shivering [in the future] because our generation has gobbled up all the resources. And I really feel that we have to do something now to try and secure our energy for the future.”

An increasingly popular form of renewable energy, some predict that solar could be the biggest source of power on the planet by as soon as 2025. But this could be undermined by policy decisions, with the UK government looking to scrap subsidies for large-scale projects.

Chris Summers, another visitor who came to find out more about the solar farm after seeing it advertised online, says one of the reasons he likes renewables is that the surrounding area can be used for other things, “Electric is going up so it’s about what can you do to bring it down.”

It is clear there is real excitement about the benefits solar power can bring. Not only is it a clean form of energy but it seems to be more acceptable and although we might naturally shy away from change, solar power looks to be the answer for the future.

“The scenario of global warming is not improving; sea levels are rising, polar ice caps are melting”, Spencer adds.

“There are different views on it but we have to do something.”