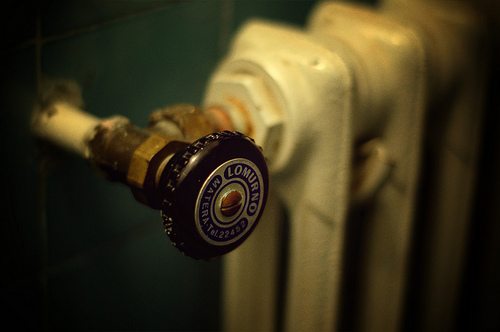 Energy company SSE’s price freeze announcement on Wednesday morning is good news for consumers but comes with a price.

SSE makes its move 24 hours before Ofgem, the energy regulator, is expected to announce a full competition inquiry into the UK energy market.

While this can be seen as a pre-emptive strike, seeking to maintain a degree of control in an energy sector which is creeping towards state control, the short-term benefits are very welcome for households struggling with spiralling energy costs.

SSE says it will freeze domestic gas and electricity prices at current levels until 2016 but expects lower profits from the move. That means the company will be “streamlining and simplifying” its business to cover the shortfall, cutting 500 jobs and abandoning three planned offshore wind farm developments. SSE hopes to save around £100m a year in operational costs.

The BBC’s industry correspondent, John Moylan, advises that SSE’s announcement echoes Labour’s flagship energy 20-month price freeze policy, a proposal heavily criticised by many in the energy sector – and it shows that energy policy remains top of the political agenda as we gear up for the general election.

SSE chief executive Alistair Phillips-Davies told the BBC that the energy company’s goal of “delivering the lowest possible energy prices” to customers was “central to everything we do“. Interestingly, the company’s share price rose after the announcement, despite the implicit profit warning.

Phillips-Davies also advised the government to take energy taxes out of bills and retrieve them through general taxation instead. He said that the move would make sure tax “is paid for fairly in a way that is proportionate to people’s income and protects the vulnerable”.

But of course, this move would further weaken the energy-saving promotions embodied in the Energy Companies Obligation (ECO), which instructs power companies to install energy-saving measures. This has already been reduced but has been responsible for much of the energy efficiencies achieved by households.

As the BBC reports, 58,000 homes in Scotland have benefited from ECO deals in the past year, helping to tackle fuel poverty and lower carbon emissions across the country.

SSE’s move will be a short-term benefit for consumers but has an impact on government renewable energy strategy, disjointed as that is. SSE’s decision to shelve three wind farm plans is in stark contrast to the announcement by German group Siemens to build a wind turbine blade factory in Hull.

The plant will create 1,000 UK jobs through a joint £310m investment by Siemens and Associated British Ports (ABP), building the country’s first purpose-built factory dedicated to the manufacture of offshore wind turbine blades.

On Tuesday, energy and climate change secretary Ed Davey said he believed a long-promised renewable energy revolution in the North Sea had finally taken off and that the UK had too many rather than too few projects. At least SSE has helped him out there.

But the important point here is that Britain’s growing fleet of offshore wind farms are a vital part of the country’s national security, reducing reliance on energy imports, like gas, at a time when the political map of the European continent is being aggressively redrawn.

Underlying the many and varied political pressures around the energy sector, the fact is that the era of cheap energy is over. The costs of energy production will continue to rise while the strain on energy capacity increases. Whether the source is wind farms, other renewables, shale gas or nuclear power, the unit cost of energy will be very high over the coming decades.

Households, businesses and organisations have already made moves to reduce energy and water consumption in the past few years but so much more needs to be achieved. We’ve seen ourselves how companies and consumers can really take control of their energy and water use through just a few simple steps.

Our goal is to help people reduce their energy and water consumption substantially and sustainably, whether at work or at home. And we’ve ample evidence to show that our solutions deliver immediate, ongoing benefits cutting energy and water use, cutting bills and cutting carbon footprint by between 50-90%.