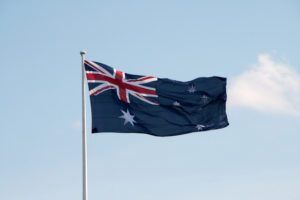 A ban on fracking and all unconventional onshore gas exploration has been announced in the state of Victoria in Australia.

The ban is in response to widespread community opposition to these industries and a recent Government consultation that demonstrated a wide range of objections. Campaigners believe that this decision will increase the pressure on the Scottish Government to reach a similar conclusion when they assess the research conducted throughout their own moratorium processes.

“The fracking industry continues to lose friends all over the world. Community opposition to the fracking and unconventional gas industry has been fierce right across Australia and thankfully the Victorian Government has listened to these concerns.

“This ban will undoubtedly increase the pressure on Scottish Government who will be looking at similar evidence to their Victorian counterparts. We hope Scotland will soon join the growing list of places who have rejected this industry entirely.

The Victorian government stated that the legislation to be introduced to Parliament later this year, will “protect the ‘clean, green’ reputation of Victoria’s agriculture sector, which employs more than 190,000 people.“

Research into the industry in Queensland has shown that 18 jobs are lost in farming for every 10 created in unconventional gas. Dr Dixon continued,

“Farmers in Scotland should be worried about the impact of fracking where it ever to get the go ahead. We cannot risk our land and water to this dangerous and polluting industry. The repetitional damage to our food and whisky producers would be enormous.

“From a global climate change perspective, it is encouraging to see fossil fuels being kept in the ground. Developed nations need to rapidly move away our reliance on these dirty, destructive energy sources and embrace clean, safe renewables. Fracking should have no place in our energy mix, not in Scotland or anywhere else.”