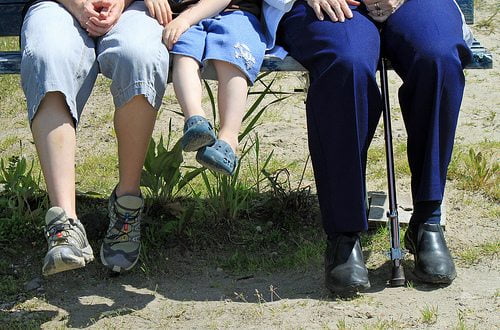 Over 55s are more likely to install energy saving measures to keep their bills down, while youngsters believe that being eco-friendly will help save the planet, according to a new survey.

The study by energy firm Npower suggests the older generation is greener than what previously thought. In fact, 56% of over 55s classify themselves as ‘green’ because of measures to save energy and money at home.

The majority (85%) of over 55s said they try to be energy efficient at home, primarily because they want to save on the energy bills.

Plans to be greener for the over 55s include using energy saving lightbulbs, cycling, recycling and turning off appliances. They are also more likely to install loft insulations and draught proofing. However, among those who defined themselves ‘not green’, 40% said they did not think that their actions would make the difference.

On the contrary, people aged 18-34 pay attention to their lifestyle and energy use mostly because they want to secure a good future for their children and are concerned on climate change. They are more likely to install the latest renewable technologies, buy local goods and use bikes instead of cars.

In July, a US survey found that teenagers who graduated during the recession were more aware of environmental and social issues.

“Over 55s are more concerned about saving money and less about protecting the environment. For example, just 8% are worried about the environmental impact of turning on the heating compared to nearly a third of 18-24 year-olds”, said David Titterton, green deal and obligations director at Npower.

However, among the youngest generation (18-24s), 42% said they couldn’t afford to be eco-friendly, similar to the findings of another survey where the majority of interviewees declared they were aware of energy efficiency measures but couldn’t afford them.

Titterton added, “Our research has shown that both generations have something to learn. Youngsters need to understand that just making small changes at home can help reduce energy use and you don’t need to spend a lot of money to go ‘green’.

“The older generation should look to invest in long-term energy improvements for the home, which will help protect the environment and combat climate change as well as helping to keep energy costs down for years to come.”