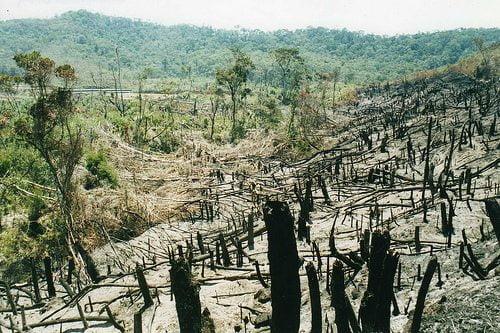 Environmental issues remain the key driver for investors who want to invest their money ethically or sustainably, according to an ongoing survey by Blue & Green Investor ahead of National Ethical Investment Week.

After asking respondents to pick which of 29 ethical, social, environmental or animal welfare issues most concerned them in relation to their investments, the top five were all environment-related.

The clearing of tropical rainforests, the use of high volumes of timber without complying with internationally recognised standards and the manufacture of chemicals without managing the risk of adverse environmental effects made up the top three.

The survey, which is ongoing, was conducted directly with investors in collaboration with financial advisers through the Blue & Green Investor website.

Ninety-one per cent of the 121 respondents said they wanted to do good with their money – as well as getting a financial return. Meanwhile, nearly three-quarters (74%) said they would consider setting aside a small amount of money for environmental or social impact investments.

Mark Hoskin, a partner at financial advisory firm Holden & Partners which analysed the survey, said, “Climate change and the financial crisis have had an impact on investors. Investors today may be more concerned about the environment and irresponsible marketing rather than simple Quaker principles and exclusions.”

He added, “There is a very strong investment case for all investors to allocate at least 10% of their portfolio to sustainable investment funds, or themes. When considering an investment one should not look at past performance but at what the future holds.”

The Blue & Green Investor survey also showed that ethical issues including pornography, alcohol, gambling, tobacco and animal testing, which were historically some of the most popular negative screens, were now of least concern to respondents.

Instead, areas such as renewable energy, energy efficiency, clean water, air quality and positive impact on people and communities were heralded as the top issues for positive change.

Blue & Green Investor publisher Simon Leadbetter said, “The investor survey provides compelling insight on the emerging trends of 21st century investment. With the average age of a first time investor being 42, it is only now that those that who have spent their entire lives learning about climate change are starting to invest.”

The results of the survey were analysed ahead of National Ethical Investment Week 2013, which begins on Sunday October 13 and runs for seven days.