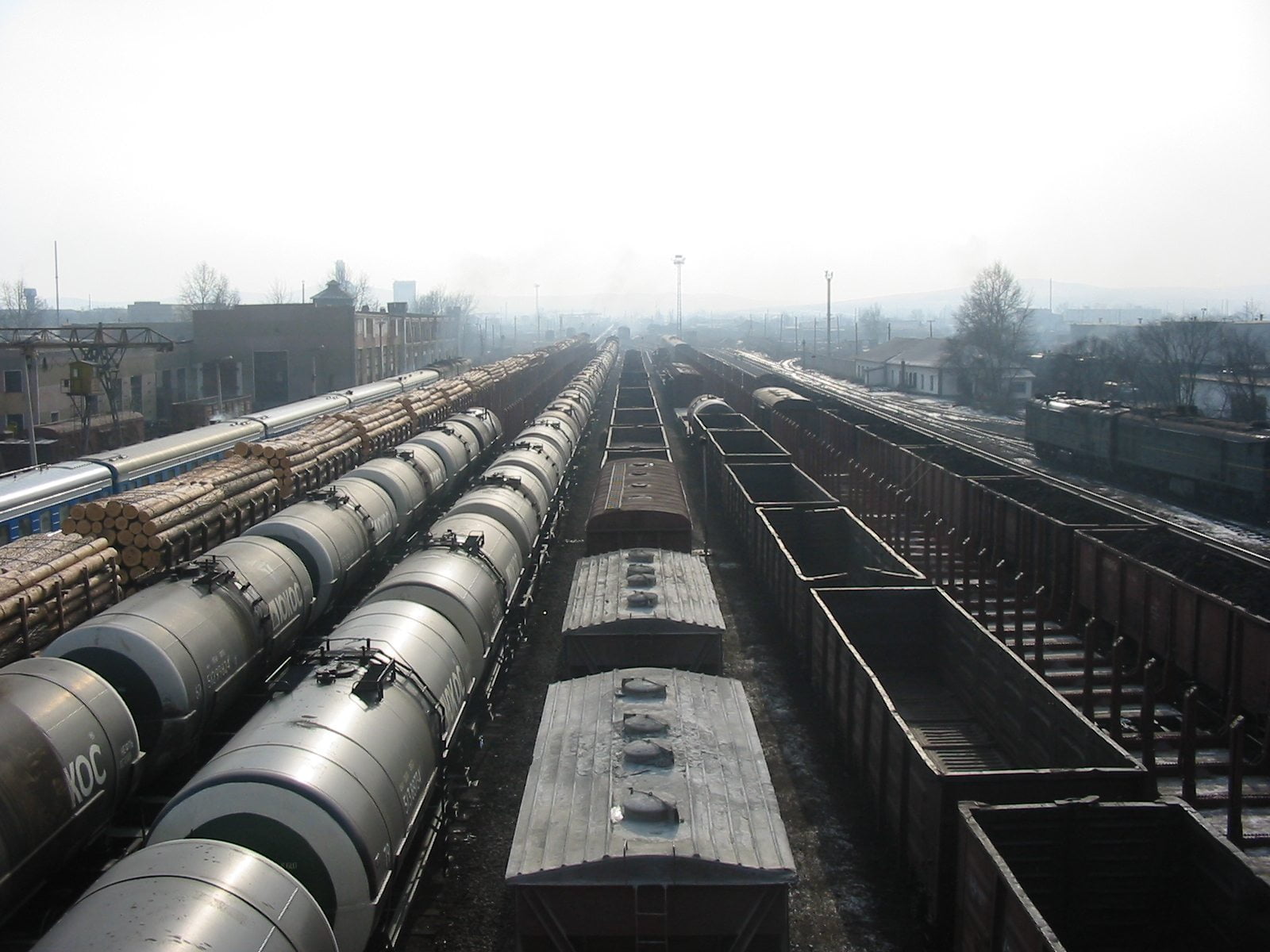 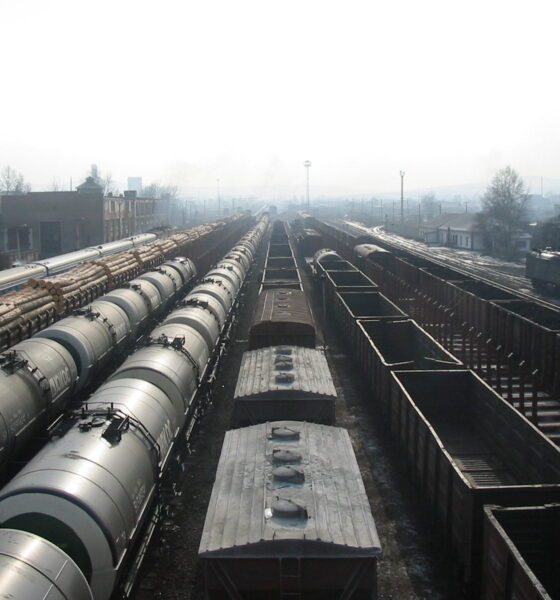 Making the global transport system sustainable will be hard – but there are plenty of compelling reasons that demand action.

According to the latest estimates, a record high of 36 billion tonnes of carbon dioxide were emitted by the burning of fossil fuels in 2013. This represents a 2.1% increase from 2012 and a 61% increase since the 1990 benchmark.

The Intergovernmental Panel on Climate Change’s (IPCC) stark warning says that carbon emissions must be cut by 50% from 1990 levels in order to have just a two out of three chance of keeping average temperature increases below 2C compared to pre-industrial times, or 1.2C above today’s level. If current trends continue, warming could even exceed 4C by the end of the century.

Corinne Le Quéré is director of the Tyndall Centre for Climate Change Research, based at the University of East Anglia. She says staying under this 2C target is essential if we are to avoid crossing a number of “tipping points” that could set devastating processes in motion.

She explains, “Because we have observed 2C of warming in the geological past, we can reconstruct what happened and we can see that the Earth has been kind of self-regulating, so there’s not been anything that you could say is overly dangerous for the human species at 2C or below. This is not to say that the changes were not large, they were very large – even adapting to 2C would be a big task – but beyond 2C then it becomes an area that we don’t know what is going to happen to much of an extent.”

The first tipping point likely to be crossed is the complete melting of Arctic sea ice – something that would occur shortly after, or possibly even before, the 2C threshold was passed. The second would be the melting of the Greenland ice sheet, which, if it were to disappear completely, could increase global sea levels by a staggering seven metres.

Other impacts could include the increasing frequency of extreme weather, rapid changes in vegetation, resource scarcity and the devastation of agriculture. The result could be a world that we barely recognise, at great human and economic cost.

“With now just over 7 billion people on the planet, going up to 9 billion in a few decades, you need to have a relatively stable climate to feed these people and make sure everyone can get the level of wealth we get now”, Le Quéré says.

Such catastrophes would affect all of us, but not evenly. Overwhelming, those who suffer the most from climate change will be those who contribute the least to it; people in poorer nations that are less able to defend their citizens, many of whom will have never even set foot on a plane, for instance.

“Overall, people do not realise how quickly the emissions actually have to decrease”, Le Quéré adds. “We are talking about decreases of 3% per year in global CO2 per year, while they are currently increasing by 2% per year. It’s a U-turn we have to make.”

Transport, in all its forms, accounts for about one-quarter of global CO2 emissions. In wealthy, industrialised countries like the UK, it can account for as much as a third. The inevitable growth of transport elsewhere, driven by a rapidly emerging middle class in many developing economies, means increased global emissions are almost a certainty.

If we keep driving our gas-guzzling cars to the supermarket and boarding commercial jets to far-flung places, then we can recycle all the carrier bags, build all the wind farms and buy all the Fairtrade coffee we want – it may well make no difference. If we are to effectively decarbonise our day-to-day lives, the way we travel must be one of the first things to change in our lifestyles.

“If we take even one long-haul flight per year, this may well be the biggest single source of all our personal emissions”, says Dan Calverly, a research associate at the Tyndall Centre who has specialised in transport and emissions budgets. Forgoing flying is one way we can reduce our own carbon footprints – but there are so many others.

Making a personal, concerted decision to change our behaviour is crucial in sustainability. We could probably all get the bus more often than we do, and of course, there is no mode of transport more sustainable than walking.

Away from our living habits, there are other ways we can use our influence. As investors, the possibilities are almost endless. Many sustainability-focused investment funds include sustainable transport as a key theme. They invest in areas from electric cars to companies enhancing fuel efficiency to burgeoning modes of transport that are often more suited to a science fiction film. They invest to help tackle the real problems that blight our transport infrastructure today.

Meanwhile, as voters, we can urge our elected politicians to take a more responsible path.

That’s not to say it’s going to be easy. But to paraphrase John F Kennedy, we should become sustainable as a society and a planet because it is hard. Calverly says, “The rates of reduction that we face in the wealthy, industrialised parts of the world are certainly very challenging, but remain feasible with the right combination of standards and regulation and investment in low-carbon energy.”

But there is more to sustainability than carbon dioxide and climate change. Assuming almost every single credible climate scientist, scientific organisation and world government was wrong, and the globe was in fact not warming – firstly, what a relief that we aren’t faced with civilisation’s biggest ever threat – the benefits of re-evaluating the ways we get around the planet are still significant.

Pollution from the burning of fossil fuels is bad for our health globally. It is unsustainable to fill the air we breathe and depend on with harmful gases, regardless of their impact on the climate. But fossil fuels are not just polluting; they’re finite. Oil and gas companies continue to spend large amounts of money finding harder to reach and dirtier reserves. As prices become increasingly volatile, the threat of a bursting ‘carbon bubble’ could spell economic disaster.

In our cities, so many of which are designed around road infrastructure, congestion frustrates motorists and further detriments our health. Exhaust fumes are carcinogenic and can increase the chances of heart failure, asthma and other risks. Not only that, there is lots of research to suggest the presence of greener spaces in urban areas improves mental wellbeing. Instead of a new road, build a park with cycle paths and benches.

Examples such as Copenhagen, Nantes and virtually anywhere in the Netherlands – where policies encourage cycling and the use of public transport – demonstrate the numerous health and aesthetic benefits of taking cars and lorries off the road. We don’t have to look far for a sustainable blueprint for our future cities.

As with many environmental issues, it is not difficult to find reasons to despair at our current unsustainable travel behaviour. But there are so many opportunities in sustainable transport and so many reasons to be optimistic. We can take heart from the examples made by some of brave, brilliant innovators, principled campaigners and keen business leaders featured in The Guide to Sustainable Transport 2014. But as drivers, passengers, holidaymakers, consumers, investors and voters, we all play a crucial part.