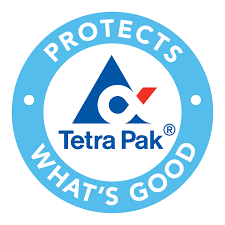 At the 7th Clean Energy Ministerial (CEM) in San Francisco, Tetra Pak announced it has joined RE100 Climate Group. Tetra Pak, has made a commitment to renewable energy and will increase its use of renewable electricity by 80% in the next 15 years. Tetra Pak have announced the increase from 20% to 100% renewable power will be implemented across all its global operations in that time frame.

Charles Brand, Executive Vice President, Product Management and Commercial Operations at Tetra Pak said: “Signing up to RE100 reflects our on-going commitment to minimising our climate impact and increasing our use of renewable resources.

“We have set an ambitious target to ensure carbon emissions across our value chain are capped at 2010 levels through to 2020, and we are making excellent progress. In 2015 emissions were down 15% from the 2010 baseline, despite a 16% increase in production.

“Since setting our climate goal we have maximized our efforts to reduce energy consumption; committing to a renewable electricity target is a natural next step. By joining RE100 we will benefit from expert guidance and peer-to-peer learning on renewable electricity options in different markets.”

Mark Kenber, CEO of The Climate Group, said: “The demand push from corporates is as important as supportive government policy – bold action by businesses, cities and governments sends a strong market signal and means we can hold global warming below two degrees far more quickly.

“The Clean Energy Ministerial is shining the spotlight on RE100 as a model of best practice in galvanizing the switch to renewable energy, and the leadership of influential companies – such as Tetra Pak, which is joining RE100 today – shows the business case for 100% renewables is as strong as ever.”

RE100 is a global, collaborative business initiative led by The Climate Group in partnership with CDP to drive demand for, and delivery of, renewable power.

Tetra Pak’s decision to join RE100 once again underscores its commitment to tackle climate change, and comes just six months after the company joined the Paris Pledge for Action at COP21.