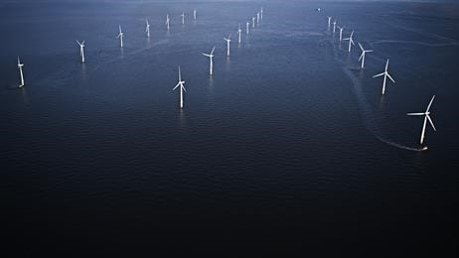 The Isle of Man Department of Infrastructure has today signed a contract with DONG Energy aimed at further unlocking the Island’s potential to become a leader in offshore energy production, and work with the UK to meet its renewable energy targets.The Isle of Man is working with the UK in response to the global challenges that energy security and climate change present, and this represents a significant step forward.

The Agreement for Lease will allow DONG Energy, the UK’s largest operator of offshore wind farm developments, to explore the possibility of developing a wind farm in Manx waters off the north east coast of the Island.

The creation of an offshore energy hub is one of the core strategies of the Government’s long-term plans for economic growth. Leasing parts of the Isle of Man’s seabed for renewable energy generation is expected to make a significant contribution to public funds and local job creation, as well as lowering global carbon emissions.

DONG Energy is one of the leading energy groups in Northern Europe and recently announced plans to build the world’s biggest offshore wind farm in the Irish Sea off the coast of Cumbria. Walney Extension is expected to be fully commissioned in 2018, surpassing the scale of the London Array Offshore Wind Farm.

The agreement with the Department of Infrastructure will enable the company to carry out preliminary surveys to determine the practicality and commercial viability of siting wind turbines within the 12-mile limit of the Island’s territorial sea.

Today’s announcement reinforces the Isle of Man’s desire to harness its natural resources for offshore energy production. It follows the granting of a survey licence to assess the potential to develop a tidal array off the North of the Island at Point of Ayre.

Infrastructure Minister Phil Gawne MHK said: ‘The opportunities for renewable energy in Manx territorial waters are significant. The ambition of the industry is matched by a commitment from the Isle of Man Government to maximise the vast potential of the Irish Sea’s clean energy resources. DONG Energy is a world-renowned company with a strong track record of achievement in the development of offshore wind farms. We look forward to working with them to progress this exciting initiative.’

Any wind farm development would be subject to approval under the relevant consenting regime and would also require the submission of a full environmental impact assessment, taking into account the need to protect transport links and fisheries.

Economic Development Minister Laurence Skelly MHK said: ‘The renewable energy sector has huge potential for the future and is a key part of our strategy to deliver Vision 2020 and grow the economy. As well as raising income through leasing parts of our seabed, there is the possibility of new jobs for Isle of Man workers, as offshore installations require onshore support to manage their operation and maintenance. If a wind farm in Manx waters is viable, all the infrastructure costs would be borne by the developer rather than the Isle of Man Government.’

He added: ‘DONG Energy is the global market leader in offshore wind farm developments and will bring a wealth of knowledge and experience to this project.’

Developments in renewable energy could open up an opportunity for the Isle of Man to position itself as a hub to coordinate offshore projects and enhance connections between countries in the Irish Sea region. There may also be a scope to secure future renewable electricity supplies for domestic use in the Isle of Man, as well as exporting power to the UK.

Benj Sykes, DONG Energy Vice President, UK Wind Power and Head of Asset Management, said: ‘We are pleased to sign this Agreement for Lease with the Isle of Man Government, which allows us to carry out the necessary investigations to check whether we can progress our plans to build an offshore wind farm off the east coast of the Isle of Man. We are still very much in the early stages, but this agreement means we can move forward with assessing vital factors, such as wind speeds and ground conditions, critical to determining the viability of the project.’