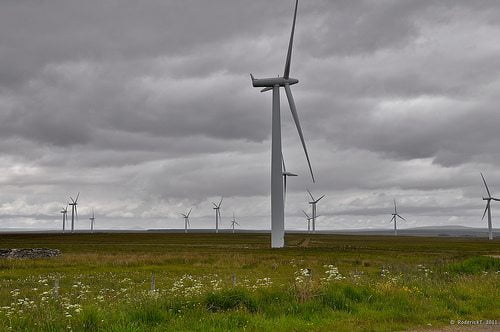 The forthcoming Scottish Referendum could be a useful trigger for improved strategic planning within the renewable energy sector, writes Richard Essex.

The need for strategic planning with regards to renewables has never been greater. Yet there is a growing frustration that this government (and potentially future governments) will be too concerned with short-term political sweeteners to really focus in this area. For example, too often this view has led to the meddling of subsidy and planning goalposts, which have seriously hampered the development of renewable projects.

Perhaps some of the answer to this lies in the government infrastructure that is in place. In particular there is a need for developers and entrepreneurs to deal with authorities on a more personable and local level, whilst at the same time knowing that these bodies have clout. The current bodies below central government level are local enterprise partnerships, which are too localised and unable to co-ordinate the strategic planning required for the energy sector.

The answer, I believe, is to construct regional contacts that are able to plan more meaningful sustainable policy. This leads me to the demand for the re-introduction of the Regional Development Agencies (RDAs) – those very organisations that were foolishly dumped by the current government for being too closely associated with the dreaded ‘Quango’.

RDA’s would be perfect for renewable and energy planning as they cover larger areas and have the capacity to build the necessary strategic planning. Equally they would be significant enough to be able to work closely with central government. In other words, energy policy should initially be top down from the centre but with the capacity for interpretation and flexibility at regional level. RDA’s would also act as a useful buffer against unhelpful political meddling at central level.

The forthcoming Scottish Referendum could create a focal point for looking again at the devolution of power.

Many of you may have watched Andrew Neil’s Scotland Votes: What’s at Stake for the UK? the other night – a programme on the implications of the referendum. In it a number of analysts commented that the decision on September 18 would re-introduce the arguments in favour of regional power.

To be specific, whether the vote is yes or no, the case will be strengthened for Scotland to be able to create and interpret policy that is effective for the region.

This endorsement could re-awaken the need for other areas, such as the North West or the Midlands, to consider what is most effective for them. In particular strategic, sustainable planning on energy could be high on their list of priorities.