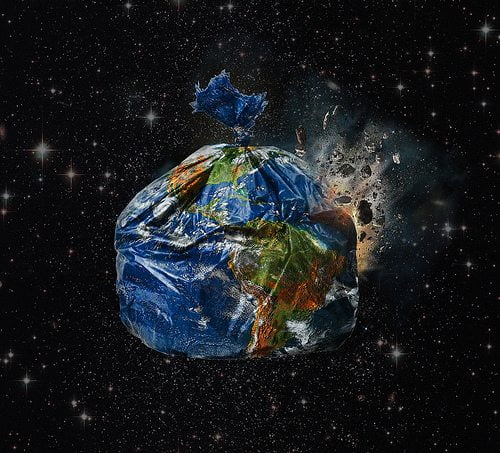 November 5 is Blue & Green Tomorrow’s third birthday. Our first editor, David Tebbutt, reflects on two publications, separated by four decades, that offer contrasting takes on the future of the planet.

In 1972, I bought a book called The Spoilt Earth. It told how mankind’s ascendance was destroying the planet’s ability to support life.

It revealed a touching faith in “nature’s plans” which, at that more spiritual time, was probably accepted without question by many, if not most, of its readers.

It claimed that, at 3.5 billion souls, “This is already more than the planet can support.” I wonder what the author would make of the over seven billion people living on the planet right now? We aren’t very good at predictions and whatever numbers we come up with today, they’re going to be shown as nonsense 40 years hence. (According to National Geographic’s excellent EarthPulse site, we have increased food production by 170% since then.)

However, the dangers the book addresses are as relevant today as they were then. We still pollute the land we live on, the sources of the water we drink and the air we breathe. We also emit radiation and upset the upper atmosphere by burning jet fuel.

Although the author mentioned this, he wasn’t sure how serious it was and asked, “But should we take the chance?” His solution, presumably, would be to stop making jet aeroplanes. 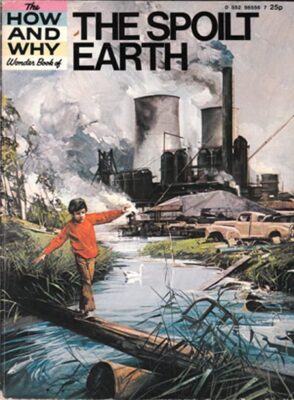 Although fracking could release a lot of gas, can you really believe that we’d switch from coal to gas on ideological or environmental grounds? If history is anything to go by, we’re more likely to flog it to the highest bidder and give the rewards to the fracking companies. Or flog the coal, so that gets burnt elsewhere.

Whichever way you look at it, the chance of UK Ltd helping its citizens to a better future is close to zero. And, from a global perspective, emissions will continue to rise.

The 2013 Zero Carbon Britain report warns that we will have to do something about population growth and use fields for crops rather than feeding livestock, and all that implies for our diet. It also suggests that we use spare electricity from wind farms and the like to turn water into hydrogen and oxygen, then blend the hydrogen with biomass to create synthetic oil and gas. The net result should be no additional pollution and a means to keep the electricity flowing when the wind isn’t and to keep aeroplanes aloft. The report is a long, but thought-provoking, read.

The 1972 Spoilt Earth book was somewhat doomy and gloomy. By contrast, the Zero Carbon Britain (ZCB) report is more upbeat, although it is big on ‘fairness’ – something many of us pay lip service to, but secretly sideline.

Although it doesn’t use these words, it suggests that the ‘polluter pays’ principle is unfair. We should all be responsible for the emissions caused during the manufacture and delivery to the UK of our purchases. China, for example, pollutes the atmosphere on our behalf. Any claims we make for improved UK emissions will be grossly understated through this sleight of hand. We’ve just been exporting them.

The ZCB report tries to take a positive view of what is achievable with the tools available to us today. Given man’s inventiveness, we could make the world even better than it suggests. Maybe we could start to repair our world and undo a lot of the damage we’ve done, in the interests of a more sustainable future for ourselves and our descendants.

This will come more easily to young people who have less to lose and more to live for. Older people strived for years to improve their lives. They moved from bikes to cars, from holidays in Clacton to the Caribbean, from tripe and onions to tournedos and celeriac…

This has been a natural progression, certainly in the developed world, and now other countries want what we have. And who can blame them? Many surveys show that we are less happy as a result. But, at the moment, consumption is still the engine of our economy. We (or is it just our politicians?) have become addicted to growth.

It seems to me that Blue & Green Tomorrow could start some lively online debates about the issues raised here and in the reports mentioned. What do you think?

David Tebbutt is an award-winning columnist and feature writer who was the first editor of Blue & Green Tomorrow.