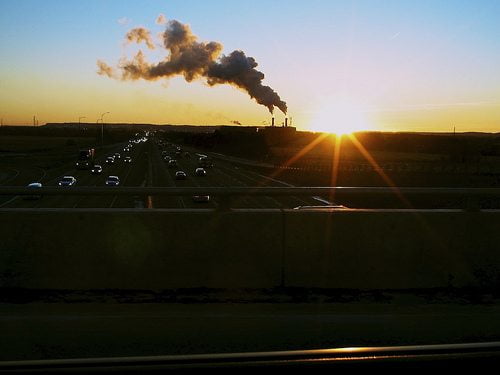 There is a concerted effort by those with interests in sustaining the current pollution reality, however local communities are bypassing those efforts and using local resources to make a difference. In the United States, the fossil fuel industry enjoys special tax privileges and because of the influence they put on national governments, they have the game rigged dramatically in their favor. But they can’t stop everyone.

When we look at the challenge of transitioning to sustainable energy, as a whole, it is too much to grapple with. This allows skeptics  to dismiss efforts and progressive ideas as unrealistic. But taking on smaller challenges at the local level allows us to do our part and with mass adoption in localities, eventually that creates a global phenomenon.

This is part of the idea that we must think globally and act locally. By doing this, each area of the world can best harness their resources to provided an ever increasing demand for energy. For example, Danish company Wavestar has recently made huge breakthroughs in kinetic wave power stations, using floats in the ocean to harness the energy from waves. Similarly, African countries have recognized their abundance in solar energy and have begun building massive solar farms.

Güssing, Austria is achieving energy independence with their renewable energy efforts and providing examples for the rest of the world. What local efforts take advantage of all of the resources available to them, combining wind, hydro, sun, geothermal energies in the appropriate amounts for their area.

San Francisco and Seattle are not just sports rivals. Both are leading the way in local initiatives to reduce carbon emissions. San Francisco is capitalizing on the reduced cost of solar adoption and just passed a law requiring all new buildings under 10 stories to have solar panels as part of their roofing. This law is expected to have little effect because there is so little new construction in the city, but it is part of an ever increasing ethic of taking the step that is front of us to transition to sustainable energy.

Not to be outdone, Seattle’s city council has made carbon neutrality a priority in their climate partnership with businesses and citizens. They are promoting broad based strategies to from business incentives to citizen initiatives to go green. These initiatives include improved bike lanes and access to bikeable routes. Increased bussing, alternative transportation combine with a continuous reevaluation of what can be added to improve progress. These practices evolve locally and instill the green mindset needed to eventually overcome our pollution and energy issues.

These local efforts are significant examples, not merely because they are effective and efficient, but because they inspire more changes. Larger scale initiatives typically face strong resistance from entrenched industries and are generally bulky in their vision and application. Smaller efforts can also provide proving grounds for success that could be scaled up once it is established.

So when we feel overwhelmed by the world’s challenges, remember to think globally but act locally. By doing small things we can change the world.