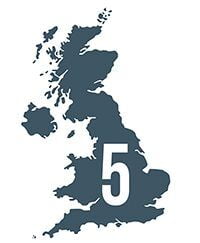 The United Kingdom has moved to fifth place in a 2016 survey of 23 countries’ energy efficiency efforts, rising from its joint sixth spot with Japan in the previous report in 2014.

Scoring 65 out of 100 possible points, the UK trailed behind top-scorers Germany (73.5 points), Japan and Italy (both 68.5) and France (67.5), in the third edition of the International Energy Efficiency Scorecard. However, the scores did not reflect the impact of government changes in energy-related policies this year.

Published by non-profit organisation the American Council for an Energy-Efficient Economy (ACEEE), the survey evaluates the world’s largest energy-consuming economies according to their energy efficiency policies and performance.

ACEEE used 35 metrics to evaluate every country’s commitment and performance, awarding 25 points in each of four categories – buildings, industry, transportation and national effort.

The UK’s best score was in the industry sector, where it ranked third behind Germany and Japan with a score of 19.5, tied with Italy. This is an improvement on 2014 when the UK achieved a low ranking of 12th.

The top-scorers in this sector shared a number of similarities, including lower energy intensities and government programmes to improve energy efficiencies in partnership with business.

It warned that the UK’s energy policies and programmes are weakening and the vote to leave the European Union (Brexit) could have further impact.

Responding to the report, Tony Hitchens, from the UK’s largest energy consultancy Utilitywise, said: “Although it’s good news that the UK reached third in the industry sector, behind Germany and Japan, the scorecard shows we need to be wary of falling back in the rankings generally.

“Taking control of energy efficiency is vital because it reduces energy consumption, which saves money, and helps companies to meet their business goals. But uncertain times for the energy sector lie ahead in the UK following Brexit.

“The UK has committed to energy reductions through its EU membership and has a target to reach under the EU Energy Efficiency Directive 2012/27/EU. Only time will tell whether this and other EU directives will be affected, which will make the next report an essential read.” 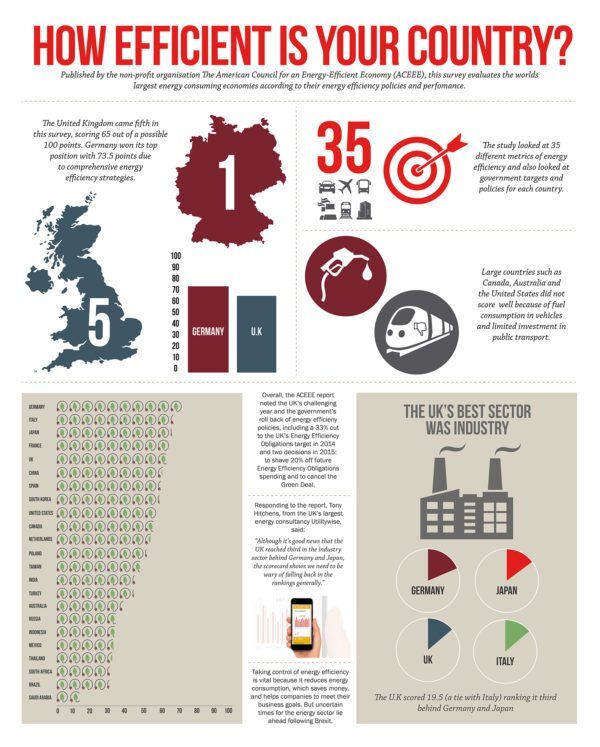