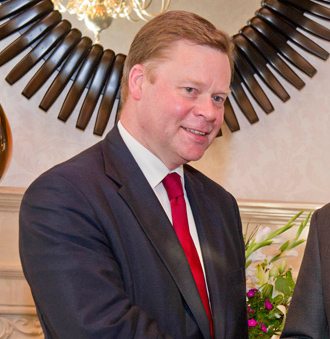 Up to £3.7m in pay and share incentives for Centrica new boss

Utility company owner of British Gas, Centrica, has announced its new chief executive will receive a basic salary of £925,000 and a range of incentives – still less than the amount earned by previous boss Sam Laidlaw.

Iain Conn, who will join from January 2015 and previously worked for oil giant BP, will receive a large salary, plus a share package, subject to performance, vesting in 2016 and 2017 along with pension benefits.

“Centrica also has a major responsibility for long-term energy supplies, particularly for the UK. I recognise the challenges which we face in rebuilding customer trust in the sector and helping to create an effective and sustainable approach to energy markets. I look forward to playing my part, along with all of Centrica’s people, in striving to achieve these goals.”

The company announced Sam Laidlaw would get no payment made in lieu of notice but was expected to receive up to £7 million if he stayed in the job.

Centrica came under scrutiny when it gave Laidlaw shares worth up to £2 million in April; Laidlaw has previously been criticised by the chief executive of Npower for giving up his bonus, who called it a “gimmick”.

However, Rick Haythornthwaite, chairman of Centrica praised Laidlaw for his time at the company.

He said, “Sam has shown exceptional leadership over the past eight years. Under his stewardship Centrica has achieved strength and scale which is of great benefit to the UK as we secure the future energy needs of our customers in an increasingly international gas market.”

British Gas has previously been under fire for increasing energy bills with customers seeing an average increase of 9.2% in October 2013 – a rise of £122 a year.

With rising levels of complaints, in June this year, energy regulator Ofgem announced an investigation by the Competition and Markets Authority to look at competition in the market and try and rebuild customer trust.