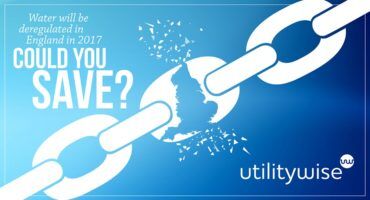 Water deregulation in England – an aid to navigation

The water market in England is deregulating, giving business the chance to tap into savings and other opportunities. Here’s how it will affect your organisation.

In April 2017, water industry deregulation will start in England, giving businesses, charities and public sector organisations the ability to shop around and switch retail service provider.

Until now, only non-domestic customers in Scotland and very high water users (over 50ML a year) in England and Wales could switch water and wastewater supplier. If others were unhappy with the service they received, all they could do was complain.

This situation will change when the water market opens for competition in England. It means about 1.2 million customers will be able to pick and choose retail providers based on customer service, the package being offered and differences in charges. Wales has decided not to deregulate.

So what opportunities will competition bring to your organisation? Water experts from Utilitywise, the UK’s largest energy consultancy, say the Scottish experience provides a steer on what lies ahead. 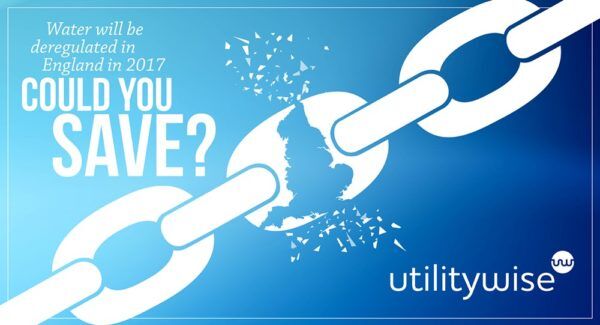 Scotland became the first country in the world to deregulate its water market in 2008. Since opening it up to competition, customers have seen a raft of benefits including savings in water charges, fewer CO2 emissions and water efficiencies, as well as better monitoring and understanding of water use.

“Water deregulation in Scotland happened when the Scottish government decided it was dissatisfied with the monopoly held by Scottish Water,” said Tony HItchens from Utilitywise.

“It deliberately enforced a split in Scottish Water’s business between wholesale – the infrastructure arm – and retail, which sent bills out and collected the cash. Business Stream was formed to run the retail side, while Scottish Water owned the wholesale part.”

Licensed providers were then able to offer a discount to customers by buying water at the same price Scottish Water was supplying to Business Stream – taking advantage of the increased margin between the wholesale and retail price.

A couple of years later, after a rebalancing of the market created even greater margins, any business or organisation with a water bill could benefit from a significant discount.

“When the English market deregulates, the margins will be small at first because the wholesale price is artificially inflated by the country’s 14 water companies,” said Tony.

“So we expect there will be little price advantage initially, although businesses and organisations will see some modest savings.”

However, deregulation will benefit your organisation in another significant way, especially if you have more than one branch or site.

As well as being able to tap into real choice, you’ll also receive one unique bill for all your branches. It means, instead of having different sites across the UK receiving bills from each area’s water company, you will get one consolidated, multi-site bill.

Three years later, in 2020, you will see big savings begin – like they did in Scotland – when industry watchdog Ofwat intends to force the wholesale price down and rebalance the market.

For organisations plotting a course in England’s new open waters, good seamanship will be a must, especially as the environment is complicated by some of the 14 water companies deciding not to enter the retail market.

This will leave their customers high and dry. Other companies are going the retail route, changing their business name at the same time, and the rest are undecided.

Meanwhile, other opportunities are on the horizon.

In a The Daily Telegraph interview with Cathryn Ross, CEO of Ofwat, about government plans to introduce competition into the domestic market, customers were told it could result in multi-service bundles where water, gas, electricity and telecoms are provided by the same firm.

As far as we know, Utilitywise is the only company actively pursuing this idea. “We hope we can save non-domestic users money and tidy up their bill in all utilities, while ensuring wastage and consumption is reduced,” added Tony.

Although April next year seems a long way off, prices will be available from October this year. So non-domestic users do not need to wait – you can get everything sorted and relax knowing your switch-over is sorted.