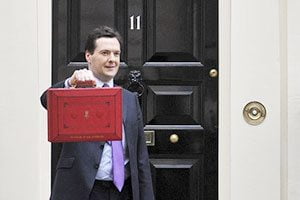 Consumer group Which? has called on the chancellor George Osborne to increase competition in the energy market by cutting the big six energy companies “down to size”.

The consumer group sent a letter to Osborne on Tuesday to launch its “Cut them down, George” campaign, in which it calls upon the chancellor to use his autumn statement on December 4 to act against energy price hikes.

Four of the big six energy companies have announced energy price hikes of up to 10.4% in recent weeks: SSE, British Gas, Npower and Scottish Power.

Which? says that eight out of 10 consumers are worried about rising energy costs, saying that the majority of families will be £2 out of pocket each week. The consumer group adds, however, that this represents almost 50% of what consumers can afford to save, halving what people can put away for a rainy day.

The government responded to the letter by saying, “The government is working hard to help people with their rising energy bills by improving competition, making the nation’s homes cheaper to heat and providing targeted help for the most vulnerable.”

Energy bosses were also summoned to appear before ministers on the energy and climate change committee to explain the increase in costs, and will answer questions on Tuesday afternoon.

The letter to the chancellor adds even more pressure on the government to act against the rising cost of energy. Former Conservative prime minister Sir John Major recently called on the government to introduce a “one off windfall tax” on energy companies to help families, who he claims will have to choose between eating and heating this winter.  The government welcomed Major’s input, but confirmed there were no such plans.

Labour leader Ed Miliband has also said that he would act against price rises by introducing a 20 month freeze on energy prices.