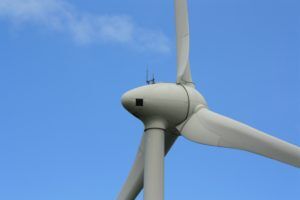 Wind Power Output In Scotland Has Created An “Astonishing” Month

Environmentalists have today called on politicians to build on Scotland’s success of generating renewable electricity and extend this further to other sectors such as heat and transport.

The call by WWF Scotland came as the group published analysis of wind power and solar data provided by WeatherEnergy which found that for the month of September:

Wind turbines in Scotland provided 766,116MWh of electricity to the National Grid, enough to supply, on average, the electrical needs of 87% of Scottish households (2.1 million homes) – this represents an increase of 36% compared to that of September 2015, when wind energy provided 563,834MWh.

Scotland’s total electricity consumption (i.e. including homes, business and industry) for September was 1,751,798MWh. Wind power therefore generated the equivalent of 44% of Scotland’s entire electricity needs for the month

On two separate days (Saturday 24 September and Thursday 29 September) wind turbines generated output equivalent to more than Scotland’s total power needs for each entire day – equivalent to 127% and 107% of each day’s total electricity demand, respectively. And, the first time since WeatherEnergy began monitoring the data that this has happened more than once in the same month. [2]

For homes fitted with solar PV panels, there was enough sunshine to generate an estimated 70% of the electricity needs of an average household in Aberdeen, 69% in Dundee, 61% in Edinburgh, 60% in Inverness, and 50% in Glasgow.

For those homes fitted with solar hot water panels, there was enough sunshine to generate an estimated 76% of an average household’s hot water needs in Dundee, 75% in Aberdeen, 59% in Edinburgh, 58% in Inverness, and 42% in Glasgow.

September was an astonishing month for wind power, with output up more than a third compared to the same period last year.

“Even more amazing was that on two separate days wind turbines alone provided output equivalent to more that Scotland’s total electricity needs on each day – the first time we’ve witnessed this twice in a single month.

“That Scotland has made such great strides in generating renewable power and addressing climate change is the result of many years of political and public support. However, if we are to continue to play a leading role globally in cutting carbon emissions, we need politicians to build on our renewable electricity revolution and expand it to other sectors such as heat and transport.”

“It was only back in August that we recorded the first ever day, since we began monitoring the data, where wind turbines alone generated more electricity that was needed on the day. It’s therefore wonderful to see the same repeated in September, but this time on two separate days.

“Electricity demand on the two particular days in question was lower than the average. Nevertheless, the fact wind was able to generate the equivalent of all Scotland’s electricity needs is something worth celebrating. With continued expansion of wind power capacity I hope we can look forward to many more days where wind meets all of Scotland’s power needs.”

“It’s not just wind power that Scotland can choose to embrace. Autumn may have begun, but for those homes fitted with solar panels there was still plenty of solar output to generate a significant proportion of an average household’s electricity or hot water needs.”