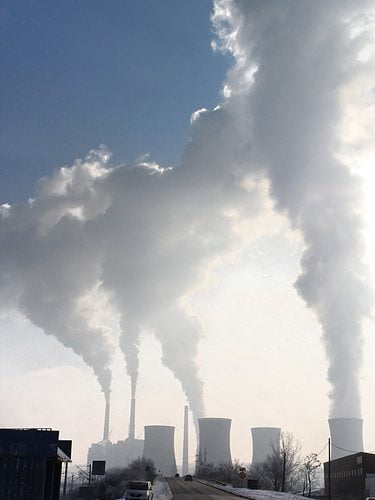 As world leaders move towards a climate change agreement, that is set to be signed at the end of year, WWF is calling on countries to act now to close the “emissions abyss”.

In a report – Crossing the Divide: How to Close the Emissions Abyss – WWF points to scientific evidence to highlight the need for urgency. The Intergovernmental Panel Climate Change (IPCC) suggests that emissions need to peak before the end of the decade if the world is to avoid dangerous levels of climate change.

In the report, Samantha Smith, leader of WWF’s global climate change energy initiative, states, ”There’s a big gap between what the world’s climate scientists are telling us needs to happen, in order to avoid catastrophic consequences, and what is actually being done.”

She adds, “Even if a global climate agreement is reached in Paris this December, as we hope, most of the proposal and targets for cutting emissions won’t kick in until after 2020. But these five years, from 2015 to 2020, are absolutely vital in the battle against disastrous climate change.”

The report suggests that an “obvious step” in the EU would be to agree a tougher 2020 target, such as a 30% emissions cut, rather than 20%. It also warns that Europe needs to be careful not to simultaneously finance high-carbon energy, at home or abroad, whilst supporting carbon reduction.

Tansneem Essop, WWF’s head of delegation to the UN climate negotiations, said, “We can’t just allow emissions figures to drift ever upwards, otherwise long-term targets will become even harder to meet. We need the world’s governments to show leadership, foresight and determination and to start making urgent changes right now.

“We hope negotiators take time to read the report and be reminded and inspired to act decisively to unlock the development and economic benefits through reducing emissions now.”