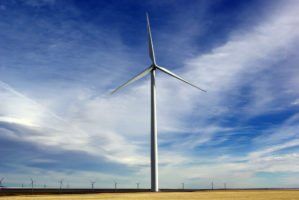 A pioneering study by the Wind Energy Institute at the Technical University of Munich (TUM) has used wind lidars originating from ZephIR Lidar to show the possibilities offered to the industry from total wind farm control.

Wakes were deflected along a line of wind turbines resulting in an increase of 15% actual power output from the combined wind farm production.

According to TUM, this was the first ever closed-loop demonstration of wake deflection control, developed within a collaborative project funded by the German Federal Ministry for Economic Affairs and Energy (BMWi). The demonstration consisted of 3 turbines and, by yawing two of the upwind turbines to laterally deflect their wakes, the rearmost turbine was able to increase production leading to a net 15% gain in power across the ‘wind farm’. The lidars, provided by Danish Technical University (DTU) Wind Energy, measured the wind speed across the full flow field of the experiment, providing a clear visualisation of the deflected wakes and reduced interferences among the wind turbines.

Total wind farm control looks at the most effective method of turbine operation to benefit the overall production output from the site, rather than on an individual turbine-by-turbine basis. One key cause of overall site underproduction can be the wakes affecting all turbines downwind of the leading edge of the wind farm. The wake effects build and propagate through the wind farm with the potential for those turbines sited at the very back of the wind farm to be heavily limited in output.

ZephIR Lidars remotely measure wind speed from the ground or installed on turbines out to ranges of 300 metres in order to inform wind studies or to characterise a wind turbine’s true potential by reducing yaw misalignment and accurately measuring power curves in free wind flow. Measurements are taken across the full rotor swept diameter, rather than just at or up to hub height as typical met masts and more basic turbine mounted remote sensors provide.