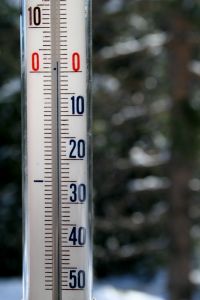 Last year tied with 2003 as the fourth warmest year globally since records began in 1880, according to figures from the National Oceanic and Atmospheric Administration (NOAA).

Currently, the warmest year record is 2010, which was 0.66C above the average. Including 2013, nine out of 10 of the warmest years have occurred in the 21st century. The global annual temperature has increased at an average rate of 0.006C per decade since 1880; this has accelerated in the last 40 years with each decade experiencing an average increase of 0.16C since 1970.

During the course of 2013, many areas of the world experienced above-average annual temperatures. This includes parts of central Asia, western Ethiopia, eastern Tanzania, and much of southern and western Australia. On land, only part of the central US was cooler than average.

The NOAA’s data is consistent with a number of record highs over the year. The world experienced its warmest November in 134 years, with temperatures 0.78C above the 20th century average. October also saw a “very large number” of record high temperatures in Alaska.

Research has also suggested that temperatures in the Canadian Arctic are the highest they’ve been for at least 44,000 years.

The figures also lend further evidence to the need to take action to keep global temperatures limited to a 2C rise above pre-industrial levels. According to the International Energy Agency, carbon emissions are expected to continue increasing until 2035, leaving the world on track for a temperature increase of 3.6C.