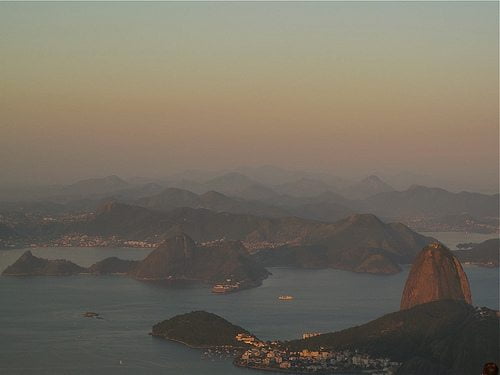 Rio de Janeiro mayor Eduardo Paes has said that the city may not be able to keep its promise to clean up 80% of Guanabara Bay, which is hosting sailing events at the 2016 Olympic Games.

But Paes said during a conference that the polluted bay, described by athletes who saw it as “an open sewer”, does not pose health risks to sportsmen.

“I am sorry that we did not use the games to get Guanabara Bay completely clean”, he added.

Guanabara Bay used to be a thriving ecosystem, but has been massively affected by pollution and urbanisation. Various oil spills have occurred in the area, one of which released 1.3m litres of oil that destroyed almost all its mangroves.

The local government has since made several commitments to clean up the bay but most of the citizens are sceptical about the promises.

“People are not going to believe in everything we say. I think we have a problem with mistrust. This is a problem that we face from our history. There is a lot of mistrust in our capability of delivering things”, Paes added.

“We are going to deliver things on time and with no white elephants. I know that we don’t have a good example with the World Cup, and people are not going to be believe in everything we say.”

Brazil is hosting both the 2016 Olympics and this year’s World Cup, which kicks off on Thursday. The event has already sparked controvery, mostly because of the enormous cost, which locals say has diverted cash away from basic services such as health and education.

The latest storm came about when bookmaker Paddy Power tweeted a message of support for the England team, made out of trees from the Amazon. It later said the image was a fake, released to raise awareness on deforestation, but people on Twitter criticised the firm.