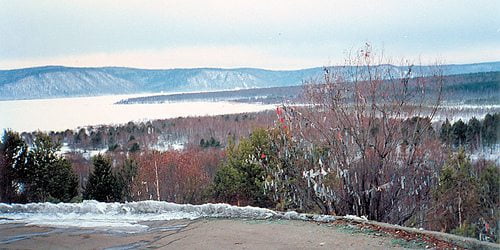 Scientists have brought back to life a giant virus, which had been sleeping in the permafrost for thousands of years, until the surface started to thaw.

The virus, called Pithovirus sibericum has been said to be not harmful to humans and animals, but scientists said that as more ice vanishes, other viruses could come up.

The virus became infectious once unfrozen, which scientists said was amazing, considering it stayed in the ice for around 30,000 years.

The findings of the research were published in the Proceedings of the National Academy of Sciences (PNAS).

Professor Jean-Michel Claverie, from the National Centre of Scientific Research (CNRS) at the University of Aix-Marseille in France, told the BBC that increasing temperatures and industrial activities mean that more pathogens can come back to life after having rested in the frozen ground.

“It is a recipe for disaster. If you start having industrial explorations, people will start to move around the deep permafrost layers. Through mining and drilling, those old layers will be penetrated and this is where the danger is coming from”, he said.

However, he made it clear that not all viruses can be active after being frozen for many years.

“Finding a virus still capable of infecting its host after such a long time is still pretty astounding – but just how long other viruses could remain viable in permafrost is anyone’s guess. It will depend a lot on the actual virus. I doubt they are all as robust as this one”, Claverie said.

Last year, scientists said that a 1.5C warming would be enough to start permafrost melt in Siberia. The phenomenon could worsen climate change, because it can release a large amount of methane trapped in the ground.