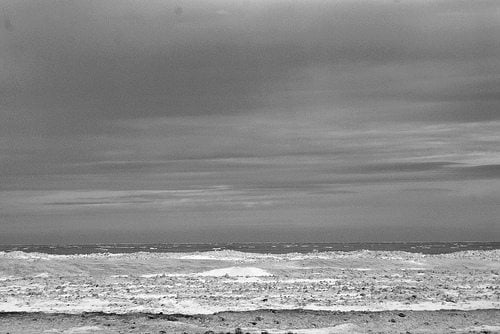 Researchers working on the edge of a glacier in the remote Canadian Arctic have found a 54-year-old message in a bottle, long hidden inside a formation of rocks, which predicted the effects climate change.

Written on some rather weathered looking ruled paper, the message, dated 10 July 1959, gives instructions to whoever finds it.

“To Whom It May Concern,” Paul Walker, then a young Ohio geologist, began.

Walker and his colleagues had built the nearby cairn and measured the distance from there to the glacier. Four feet, they recorded.

“Anyone venturing this way is requested to remeasure the distance and send the information”, Walker wrote, providing his address in Ohio and that of his colleague, Albert Crary.

Canadian biologist Warwick Vincent was one of the scientists studying the area near a glacier on Ward Hunt Island this summer, when they discovered the message.

Vincent says he instantly recognised the two names. “For me, it was an incredible thing to hold this in my hands, because these two people, these are very famous names.”

Only one year after scientists detected that global levels of CO2 were rising, and before computer models plotted global warming, Walker predicted that the Earth’s changing climate might affect the Ward Hunt Island glacier.

Vincent and his colleagues did as Walker asked to find that since his message was written, the ice shelf had retreated by around 233 feet (71 meters).

Tragically, Walker would never hear of these findings. He died the very same year he left the bottle, suffering a stroke while still working in the Arctic.  Though paralysed, he was rescued by a bush pilot, but died in November at his family home in Pasadena, California.

“He was a young person, he was in his 20s, a very accomplished, young, brilliant geologist,” adds Vincent.

“We were reading some of his last words.”