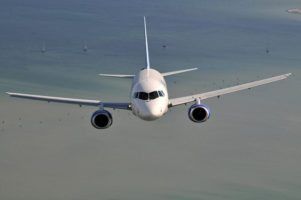 The Populus Poll published by the WWF today has found that six out of ten people, who have not already made the change, are willing to fly less over the next year in a bid to solve climate change.

Two thirds of those surveyed (67%) would also be willing to pay to offset a European return flight, which costs less than £5 even with high quality carbon credits.

The findings put added pressure on governments and aviation industry leaders as they prepare to meet for a major aviation summit in Montreal on Tuesday 27th September.

“The most straight-forward way to reduce emissions from aviation is to fly less, so it is encouraging that 60% of Britons are prepared to do just that. It suggests people are willing to turn away from flying in favour of rail and videoconferencing – something governments and industry need to take on board when they try to find solutions this week in Montreal.

Paying for their pollution won’t bankrupt airlines or their passengers.

Most people don’t realise that it costs less than £5 per person to offset the CO2 from a European flight, even with high quality Gold Standard carbon credits, and yet two thirds are willing to pay that price. This should give governments worldwide the confidence to sign up to an ambitious emissions reduction scheme from day one and set their airlines en route to a sustainable future.”

Last year’s Paris Agreement on climate change set a goal to hold global warming to “well below 2 degrees Celsius”, and aim for 1.5 degrees. However, international flights – which generate more CO2 per year than the UK – were not directly addressed as they occur between countries, not within them. There is currently no agreed global framework to tackle one of the world’s fastest-growing sources of greenhouse gas emissions.

But now there’s a chance for aviation to join the global effort against damaging climate change. From 27th September – 7th October, the 191 countries in the International Civil Aviation Organisation (ICAO) will meet in Montreal to decide how to tackle CO2 emissions from international flights. The proposal on the table in ICAO is an offsetting scheme, which in theory will require airlines to invest in carbon reduction projects around the world for every tonne of CO2 they emit above 2020 levels. However, several questions remain unanswered, such as which countries will be covered by the scheme, what will be done with any emissions exempted from the scheme, and what rules will ICAO set on offsets and biofuels to count towards its target?

Cutting out just one typical return flight to Europe has roughly the same carbon saving as driving about 1,500 miles less, spending £3,000 less on gadgets, or switching from a high-meat to vegetarian diet for nearly a year – and yet reducing flying was the second most popular option. This suggests that the public stands ready to make a major dent in emissions by limiting their flying, and calls into question the clamour for a new runway in the south east.

“The UK Government showed leadership in Paris, matched with action at home to set the fifth Carbon Budget. It’s the same story for aviation: we need both an international framework through ICAO and a national plan in the UK for tackling aviation emissions. Adding a new runway without having both of these in place would be short-sighted and irresponsible.”