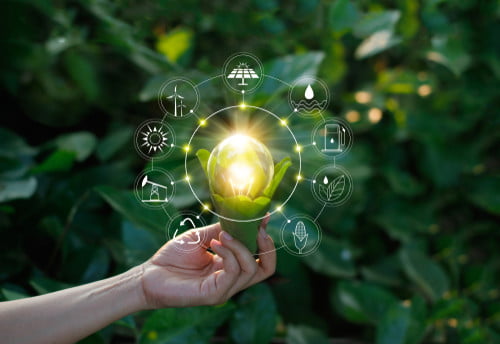 7 Things You Can Do Right Now To Help Our Ecology

One of the most pressing matters that today’s society is confronting with is finding more practical and applicable ways on how to help the environment. At this point, it seems that anyone of our day-to-day activities is causing tremendous stress to the ecosystems we are part of, without us even realizing the devastating impact our cumulated actions have. Whether we drive to work, sanitize ourselves by using deodorant spray, buy extra food that we end throwing away, or simply fill our bathtub to relax after a long day. Each of these examples adds to the strenuous pressure that our planet feels. This brings up the question each of us must find a quick answer to: what can I do to help the environment? There are a couple of easy to do and fast to implement actions, which could lead to a massive turnaround in our planet’s current course, provided that they’re implemented at a global level.

Not in the aggressive manner of one that feels the need to shout just to cover another’s ideas, but pointing out what matters and ensuring that the message goes on to all those involved, which could literally mean the whole world. The spread of information through social media could be very useful in starting a brainstorming-like dialogue between those interested. It doesn’t matter whether it’s a student that goes on to buy research paper by PapersOwl or a PhD graduate that did the research himself, as long as the ideas they express are the ones they truly believe in. What’s really important is that the debate follows these two ground rules:

What most of us take for granted, the existence of potable water, is not necessarily an infinite resource. While most of us are aware that water has a circuit that makes it regenerate its quantities, people are less sensitive to the changes that this circuit has gone through in the last hundred years. The drinking water supplies are decreasing in an accelerated manner and impossible situations occur, such as the latter case of South Africa. Going through a prolonged drought, it has left the country without any drinking water, to the point of being only a couple of days away from not being able to support human lives any longer.

Any drop of water, otherwise unnecessary wasted, that can be saved, through small actions, such as closing the tap when brushing our teeth, to large-scale operations, such as being able to use less water when cooling down nuclear reactors, could at one point transform into buying extra minutes of life on this planet, for the human race.

The ecosystems have undergone massive transformations in need to create agricultural land, which is more adapted to ensuring the aliments that the population requires to feed itself. However, it’s statistically proven that a vast majority of people usually purchase food according to a hoarder’s instinct of ensuring the nutrients for a potential, future crisis, then based on the actual needs for feeding. Surely, this creates the paradox of people that are constantly turning large quantities of food into waste, whereas others from different parts of the globe starve.

It’s a paradox that can be easily handled through better organization and by keeping in close check our primal instinct to gather around us amounts of food that no single person can go through in record time.

Starting with a general conclusion: a larger consumption of fuel turns into a more intense degree of pollution. It’s an easily deductible conclusion, sustained by parts of a research paper of great extents, studying the effects each transportation means has on the carbon imprint. And if images speak a thousand words, look at the most polluted cities in the world and observe that one of the elements they share are the large columns of vehicles that are stuck in traffic day after day. And the same goes for air traveling. It might just be the fastest and safest way to travel, but the pollution caused by the amount of kerosene used is also the greatest among all transportation means.

Sustainable transportation could mean using the bike to reach work on time, not being stuck in traffic, or going shopping around the block on foot, or even replacing a city break holiday with a hike and camping trip nearby.

One of the most important threats to the ecosystems is the huge quantity of plastic that the world uses on a daily basis and which can’t be held under control through the actual recycling systems. The online news has been abundant lately with predictions based on the current production and general consumption of plastic-based products, setting up in the near future a world where this quantity is going to overpass that of living fish, for instance.

Reducing the production of new nonperishable material and using the recycled existing one is key to solving this issue. And seeing how there is no small part, each of us can do what is in our power: focus more on biodegradable products and recycle everything in our reach.

There are more than one forms of energy

Focusing on amplifying the concept of sustainable energy is the next step in an age when reserves of fossil fuels have a tendency of becoming more and more limited. Whereas the need for energy consumption has increased tenfold, alongside our dependency on gadgets and technology. Each region can develop a custom plan on how to use the natural resources available. Shifting to a more intense usage of hydropower, solar and wind energy is the answer to the large oil-based economies’ attempts to preserve an unsatisfactory status quo, both from a free-market point of view and from an ecological-friendly standpoint.

The activity of capital importance that can give a fresh start to manufacturing industries can instate a whole new state of mind to future generations and can offer the whole worlds a breath of fresh air from the current destructive path it’s following. Reusing papers means fewer trees cut down and more oxygen available. Recycling plastic means less non-degradable material to destroy our ecosystems. Taking old devices to recycle means many pieces could be reused and the exploitation of the finite reserves of rare metals can decrease.

As mentioned in the article above, there are no small parts and each of us can take casual actions towards helping the environment heal itself. Perhaps one single plastic bottle recycled per day might not create a dent in the global plastic quantity that is produced, but 6 billion plastic bottles recycled each day is sure to make the expected difference.