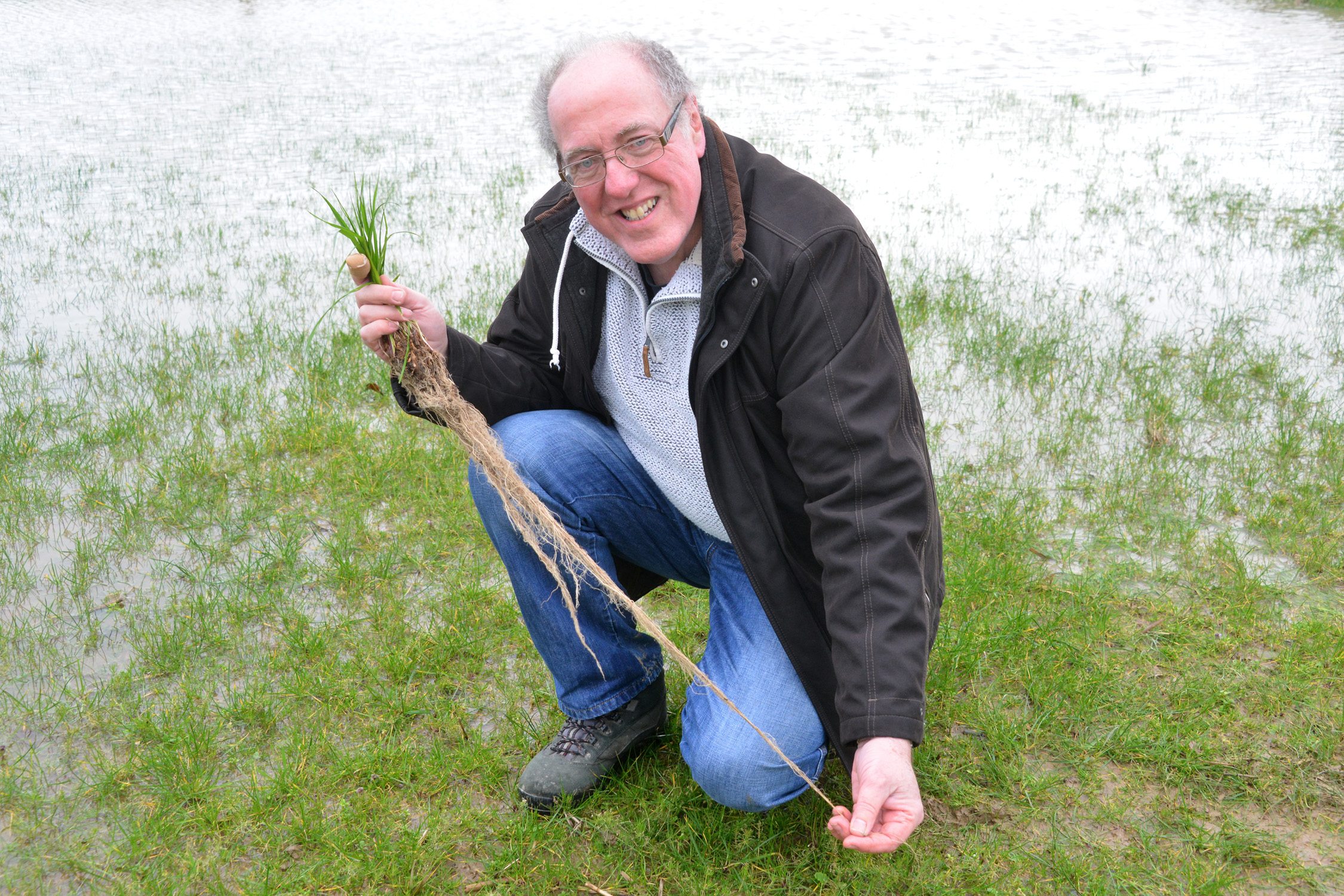 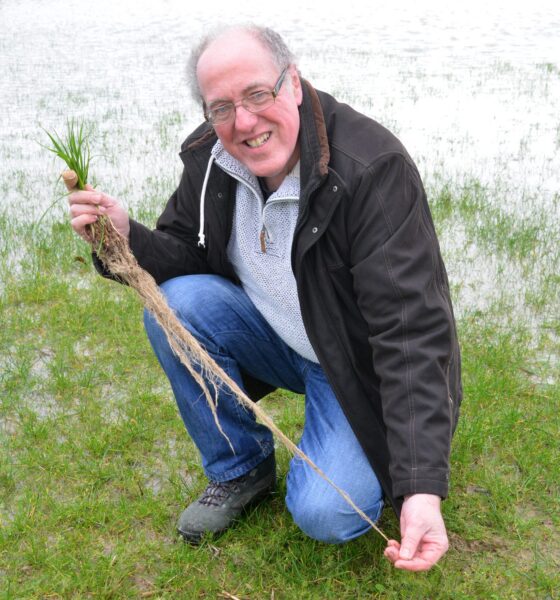 New grasses that enable grassland soils to capture increased volumes of rainfall, reducing the risk of flooding downstream, are being developed by scientists from Aberystwyth University’s Institute of Biological, Environmental and Rural Sciences (IBERS) and its partners.

The research comes as Britain experienced its wettest January on record, leading to floods in southern and central England. Despite the worst of the weather now passing 65 flood warnings, two of which are severe, remain in place. A separate study also found that the UK ranked among the countries where flooding poses the greatest risk to economic output.

The IBERS project is examining a forage grass hybrid know as Festulolium and developing options that have large well-developed root systems that can help combat flooding, This is achieved because root-soil interactions instigate a change in soil structure leading to increased water retention and more than halves rainfall run-off, compared to grasses currently used extensively in the UK.

The grasses would also bring other benefits, including reducing soil erosion and compaction, and offer opportunities for “significant” carbon capture and storage at depth in soils.

Dr Mike Humphreys, who is leading the project, said, “Festulolium, which are defined as natural hybrids between ryegrass and fescue species, are very much grasses of the future. They are way ahead of sustainable agricultural practices.

“Festulolium as a group differ widely in their attributes, but IBERS has developed options that provide for increased resilience to climate change and more water and nutrient-use efficiency together with several examples of environmental services.”

Researchers are continuing to evaluate the impact but have stated that if initial positive findings are replicated on a large scale its points to a “significant breakthrough in flood alleviation”.

The Biotechnology and Biological Sciences Research Council and a range of industrial partners, including a seed company, a major retailer and the meat, poultry and diary industry, are funding the five year £2.5m project, named Superoot.