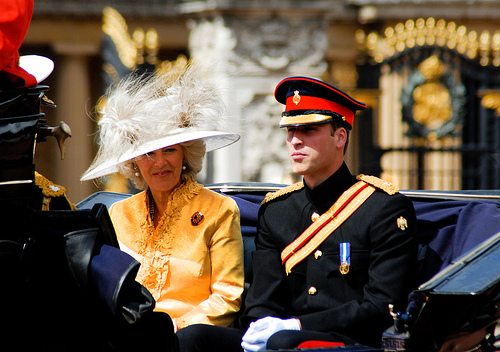 Clarence House announced last week that Prince William will begin a course in agricultural management at the University of Cambridge – a move that has been welcomed by some who set out the need for a sustainable monarch.

Prince William, the Duke of Cambridge, will follow in his father’s footsteps and become a “champion of the countryside”, according to one resident in Nettleton, north Wiltshire, who was speaking to the Telegraph.

The prince’s father, Charles, has long spoke out against issues that affect the natural world, including a recent forum he launched to revamp the ethical structure of the finance industry.

According to Clarence House, “The course has been designed to help provide the duke with an understanding of contemporary issues affecting agricultural business and rural communities in the United Kingdom.”

William is expected to take over the Duchy of Cornwall when his father becomes king, but after seven and a half years of military service, his expertise in agriculture has yet to be developed.

However, upon leaving the military, he announced his intention to focus on conservation work. He also teamed up with the likes of David Beckham to make a stand against the illegal poaching of rhinos in the ivory trade.

Speaking to the Telegraph, Diane Bell, also from north Wiltshire, said, “Nobody is listening to us. The politicians all say that they are, but they don’t do anything about it. We need someone like him to speak up on our behalf.”

The Duchy of Cornwall is currently the private estate of the Prince of Wales. It consists of 3,500 properties and 132,000 acres dotted across 23 counties. It has an estimated worth of around £730m.