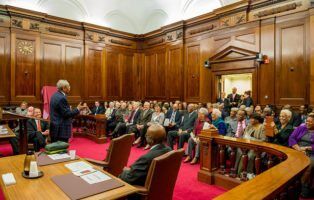 A significant rise in court cost by the British government would, in the future, prevent organisations such as ClientEarth from taking ministers to court.

The international environmental law organisation is due to return to the High Court in London for a two day hearing in October, after seeking and gaining permission for a Judicial Review over illegal levels of pollution and Defra’s inadequate UK air quality plan.

“Prohibitive court fees and costs rules will mean that the courts will only be available to the rich and powerful.

Citizens are at risk of being prevented a voice on key issues.

“If the proposals on environmental costs are introduced this will threaten the work of ClientEarth, and could allow unlawful decisions exposed by our ‘Clean Air’ case to go unchallenged.”

At the moment ClientEarth will face £10,000 in costs if it loses, but in future could have to pay £20,000 or more to the government. The not-for-profit law group is currently seeking funding for its anti-pollution work, including a wave of new clean air cases across Europe.

The proposed changes by the Ministry of Justice include varying the bespoke cost-capping rules developed for environmental cases. That means the full implications on access to justice and how they may undermine the rule of law can’t yet be fully ascertained.

Access to courts is being hampered because of constant changes to court costs and court rules. Earlier this week, latest figures revealed a near 20 percent drop in cases being taken to the County Court – with citizens and small companies unable to enforce their rights.

“The Government’s various and many reforms of the civil justice system over recent years have been dizzying. These range from large increases in court fees for individuals, customers and citizens, to proposals to introduce measures to restrict and deter claims for judicial review by which citizens may challenge unlawful decisions taken by a public authority.”

Over the last 18 months, the government has introduced a number of statutory and procedural changes to the law and to court procedure in England & Wales that combine to create a procedural maze for claimants to negotiate when bringing a civil legal claim.

In the case of Judicial Review, the government legislated in the Criminal Justice and Courts Act 2015 to restrict a judge´s discretion on matters such as cost capping, giving permission to bring the claim and granting a remedy.

The government has just completed its consultation on introducing changes to the Civil Procedure Rules to bring in statutory changes on the provisions of financial information about a claimant´s financial resources.

In future, if an organisation can’t afford to pay a public authorities’ costs, the names and addresses must be provided of all third-party funders who contribute £3,000 or more towards the cost of the litigation.

These measures will introduce greater uncertainty, barriers and expense for claimants, and are also likely to deter some philanthropic individuals and funders from contributing to the costs of a public interest Judicial Review.

As a consequence, those who do not have the personal means to challenge an unfair administrative decision of a public authority may be prevented from seeking a remedy from the courts, and therefore access to justice.