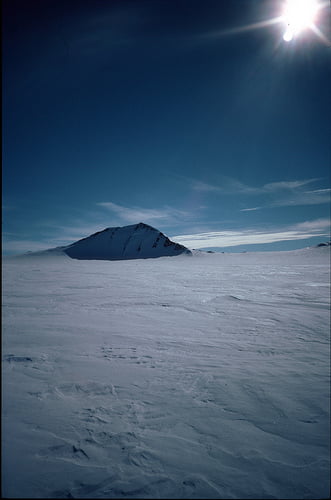 The western part of Antarctica’s ice sheet is melting twice as fast as initially thought, according to an investigation into the region’s contribution to sea level rise.

The study, conducted in the US by researchers at Ohio State University, the National Center for Atmospheric Research (NCAR) and the University of Wisconsin-Madison,

“Our results indicate that temperature increases during the past half century have been almost twice what we previously thought, placing West Antarctica among the fastest warming regions on Earth”, said NCAR scientist Andrew Monaghan, co-author of the research that was published in Nature Geoscience.

“A growing body of research shows that the West Antarctic ice sheet is changing at an alarming rate, with pressure coming from both a warming ocean and a warming atmosphere.”

The research by the US teams appears to be consistent with findings from scientists at Durham University in October, who claimed that Antarctic ice sheet retreat can briefly stop during extended phases of global warming, making it appear like glaciers are not decreasing at all.

David Bromwich, professor of geography at Ohio State University and senior research scientist at the Byrd Polar Research Center, who co-authored this latest research, said, “Our record suggests that continued summer warming in West Antarctica could upset the surface mass balance of the ice sheet, so that the region could make an even bigger contribution to sea level rise than it already does.