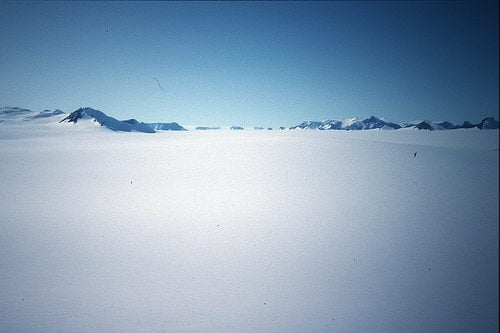 Antarctica home to ‘coldest ever’ spot on Earth

The coldest temperature ever recorded on Earth has been discovered in newly analysed satellite data to be an astonishing -93.2C (-135.8F).

Unsurprisingly, the coldest place on Earth is in Antrarctica, in a small pocket on a high ridge on the east Antarctic plateau. The record breaking was actually measured by a NASA satellite in August 2010, but has only recently been identified.

Researchers trawling through 32 years’ worth of data collected by several satellites found temperatures reached record lows dozens of times in clusters of pockets on the remote ice sheet.

The new record is several degrees colder than the previous low of -89.2C (-128.6F), detected in 1983 at the Vostok Research Station in east Antarctica.

He added the temperature was closer to something you might expect on Mars than in the poles, and “50 degrees colder than anything that has ever been seen in Alaska, or Siberia.”

“Thank God, I don’t know how exactly it feels,” he said. But he told delegates at the American Geophysical Union meeting in San Francisco how some daring scientists often make naked dashes in the south pole at around -73C (-100F) as a stunt, proving people can survive at that temperature for a very short time.

Scambos and his team’s discovery won’t be making it into the record books just yet, however, as the World Meteorological Organisation does not accept measurements made by satellites.

Scientists had long believed that the inhospitably cold glaciers of the east Antarctic are so thick that they are immune to the affects of climate change.

But despite being home to the coldest place on the planet, a recent study found that the remote east might in fact be warming. Using images from declassified spy satellites, scientists found that glaciers in the region have in fact been rapidly retreating and advancing as temperatures rise and fall.

Dr Chris Stokes from Durham University’s department of geography, an author of the study, said, “In many ways, these measurements of terminus change are like canaries in a mine – they don’t give us all the information we would like, but they are worth taking notice of.”