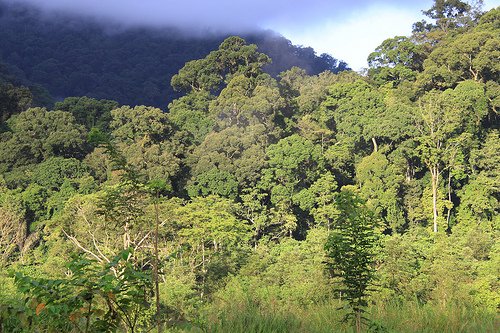 One of the world’s biggest paper companies has signalled an end to its deforestation activities in Indonesia, after continued pressure from environmental groups.

Asia Pulp and Paper (APP) outlined its commitment to do so in its Forest Conservation Policy. As of the beginning of this month, clearance of natural forestry has been suspended while the firm carries out assessments of its stocks.

Its decision comes after a decade-long campaign from Greenpeace, which has continually called for APP to halt its deforestation operations.

“We commend APP for making this commitment to end deforestation, but it’s what happens in the forest that counts and we will be monitoring progress closely”, said Bustar Maitar, head of Greenpeace’s forest campaign in Indonesia.

“If APP fully implements its new policies it will mark a dramatic change in direction, after years of deforestation in Indonesia.”

Indonesia boasts the world’s third largest tropical rainforest and has 10% of the global forest cover, which are home to such endangered animals as the Sumatran tiger and orangutan. But its rate of deforestation is among the highest on the planet, with 1.8m hectares destroyed each year between 2000-2005: an achievement that earned the country a place in the Guinness Book of Records as recently as 2009.

Greenpeace’s campaign to end APP’s deforestation comes after over 100 global brands, including Adidas, Hasbro, Kraft, Nestle and Unilever, suspended contracts with the company over the issue.

The firm has pledged to focus on preserving “high conservation value” and “high-carbon” forestry stocks under its new plans.