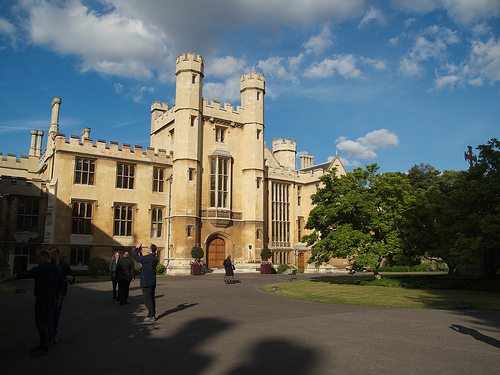 The archbishop of Canterbury Justin Welby has said how ethical investment “changes the future”, at an event marking the 30th anniversary of the UK’s first ethical fund range.

Speaking at his official residence, London’s Lambeth Palace, he paid tribute to F&C Asset Management’s Stewardship funds – which launched in 1984.

He described ethical investment as “incredibly important” and said the Stewardship range should be “very proud” of what it had achieved in its three decades of existence.

His comments come just over a year after an investigation revealed the Church of England was indirectly invested in Wonga – which came to light a day after the archbishop had publicly criticised the payday lender.

He said that despite the investment being worth just £80,000 in a portfolio of over £6 billion, it proved mistakes in this area “can pollute the reputation of the whole thing”. Relatedly, the church confirmed for the first time on Thursday that it had no longer held the indirect stake in Wonga.

Friends Life, which owns the Stewardship funds, is preparing to transfer the assets to another manager, Schroders, at the back end of this year. F&C will remain overall manager, after relaunching its responsible investment capability.

Wilson reaffirmed the company’s commitment to this style of investing. He said, “Ethical investing has been in the heritage and history of F&C for a long time. I personally believe it’s as important in the history as it is in the future.

“It is very, very important in the future that we consider all of these factors in the way in which we invest.”

Speaking about what the future may hold for Stewardship, Julia Dreblow, who was previously involved in Friends Provident’s responsible investment output but now runs sriServices.co.uk, wrote in a blog post, “F&C’s loss of the Stewardship brand name and related life and pension funds (which account for around three-quarters of the total Stewardship assets) is no doubt difficult for those currently involved; however it is, in my view a victory for common sense.

“The separation of the Stewardship brand ownership (Friends Life) from its day-to-day management (F&C) has long blighted its success.

“Setting both parties free to do their own thing, and become masters of their own destiny can only be viewed as positive progress – good for both businesses and good for ethical and responsible investment in general.”

In his short speech to delegates at Lambeth Palace on Wednesday, the archbishop of Canterbury, who is stepping down from his role as chair of F&C’s independent committee of reference next year, added, “The big challenge in ethical investment […] is to continue to look forward and develop. It is very easy to stick to some well tried-and-tested rules, but not to deal with new technologies, not to deal with changing understanding of technology, not to be adventurous.

“How an ethical investor remains at the cutting edge – and true to their principles – is something that is very difficult.”