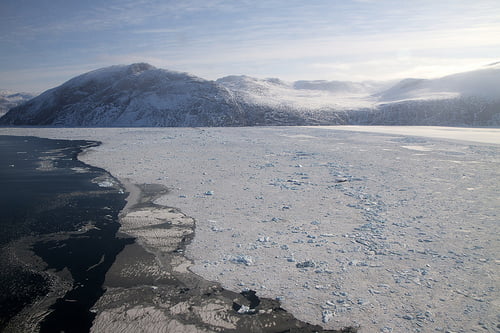 Arctic sea ice cover shrunk to its lowest ever point in August last year, but a team of researchers have found that the remaining ice also lost significant volume.

Studying a period between 2003 and 2012, scientists using NASA and European Space Agency data found that the size of the ice in the region declined by 36% in the autumn and 9% in the winter.

“While two years of [European Space Agency] data aren’t indicative of a long-term change, the lower ice thickness and volume in February and March 2012, compared with same period in 2011, may have contributed to the record minimum ice extent during the 2012 autumn”, said Professor Christian Haas of York University in Canada, a co-author of the study.

In December, the Arctic was found to have surpassed a number of records in 2012, including for sea ice loss, snow cover and Greenland ice sheet melting, according to the National Oceanic and Atmospheric Administration (NOAA).

This was after researchers at the National Snow and Ice Data Centre (NSIDC) in the US found that the Arctic sea ice cover was at its lowest  ever point in August, which was followed shortly after by confirmation of further melting in the region.

University College London was one of a number of academic institutions to have also contributed to this latest study into the Arctic’s transformation.