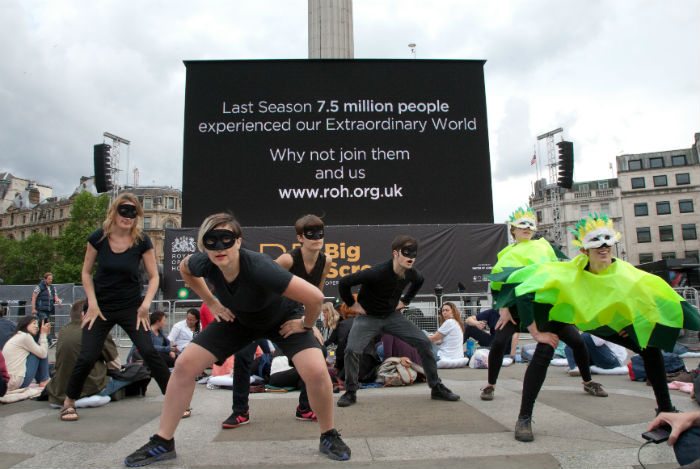 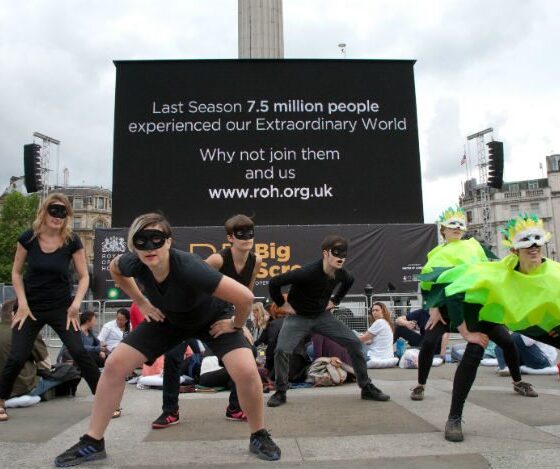 Artists call for BP to ‘get out of the opera’

A group of dancers has performed in front of the BP screen in Trafalgar Square, London, on Tuesday before the screening of the opera, protesting against the oil company’s sponsorship of the Royal Opera House, which they say diverts the attention from environmental damage caused by fossil fuels.

Ten costumed dancers, part of the group BP Out of Opera, performed in front of the BP Big Screen, right before the screening of Giuseppe Verdi’s Traviata. They were applauded by the crowd but were soon removed by security.

The performance wanted to speak out against the oil giant’s involvement in the cultural event organised by the Royal Opera House, of which BP is the sponsor.

One of the dancers, Donna Abato said, “We danced before the screening because we want BP out of opera. BP gets invaluable prestige from its association with the Royal Opera House, which helps the company clean its sullied public image.

“Sponsorship helps BP distract attention from its massive contribution to climate change, disasters like the Gulf of Mexico oil spill, and protests and legal challenges to its projects such as those in Canada against the tar sands.”

Another dancer, Josh Brown added, “BP is trouble – for people, for oceans and for the climate. There is growing outrage at oil sponsorship – and with other groups challenging British Museum and Tate, it seems like no deal is safe from creative protests.”

The groups are part of a broader coalition of artists and campaigners called Art not Oil, which calls for the end of oil sponsorship for the arts.