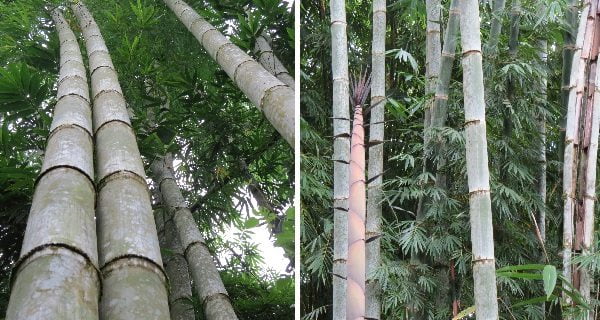 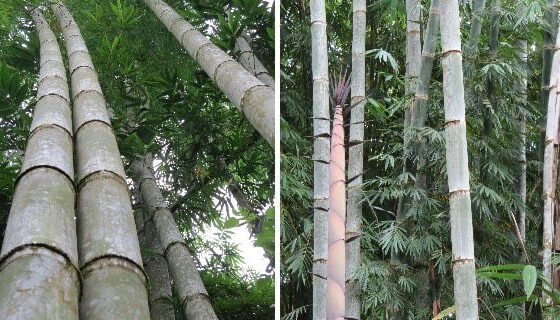 Bamboo: A Mechanism to Reconnect Forest Fragments and Restore Ecosystems

The Bonn Challenge aims to restore 150 million hectares of degraded and deforested land by 2020. Commercial bamboo plantations can help achieve these goals by serving as an alternative to traditional timber and as a resource to stimulate national and local economies and reduce foreign imports.

Bamboo is a rapidly growing grass that can tolerate poor soils. With over 1,400 species, selection of suitable species can reforest areas, restore degraded lands, and provide financial benefits. Planting bamboo is particularly important in locations where a return to pure or mixed forested areas is not realistic. In a landscape mosaic approach, bamboo is planted in areas that combine forests and trees with other land uses.

In Nicaragua’s Atlantic region, forested areas were completely cleared in the 1970s and 1980s for low intensity cattle ranching and, more recently, for crops like oil palm. Only 15% of the Atlantic region’s natural forest cover remains.

EcoPlanet Bamboo has planted Guadua aculeata, a native clumping bamboo, in and around trees and between remnant forest patches on Nicaragua’s Atlantic Coast. While running (or Monopodial) bamboo, such as the Chinese favorite Moso, creates large single species ecosystems, tropical clumping (or Sympodial) bamboo often forms part of the natural forest ecosystem. Guadua aculeata is better able to tolerate the region’s extreme rainfall and compacted soil than native tree species.

In contrast to traditional tree plantations, which remove large areas of timber during harvesting, bamboo plantations can remove individual culms from bamboo plants annually, an approach that stimulates growth and ensures a continuous canopy cover. Because these individual culms die naturally, their removal has little effect on forest composition, ensuring minimal disturbance to forest landscapes. In a natural Guadua aculeata stand, approximately 30% of mature culms would die annually.

Under a business as usual scenario, the pastureland and forest remnants that are part of EcoPlanet Bamboo’s operations would have continued to degrade. Around the bamboo farms, deforestation for cattle farming and oil palm production has continued, expanding the agricultural frontier, with negative consequences for biodiversity and the surrounding ecosystems.

Through its operations, EcoPlanet Bamboo is restoring more than 8,500 acres of degraded pastureland in Nicaragua, reconnecting forest fragments and regenerating degraded soil, enabling increased levels of biodiversity at the soil and litter level. This process contributes to a diverse landscape mosaic that connects biodiversity corridors and expands wildlife habitat.

Bamboo can facilitate landscape connectivity, restore degraded areas and soils, enhance biodiversity, and avoid further deforestation of primary forests, actions called for in the Bonn Challenge. Moreover, bamboo achieves these benefits in an economically viable way, through job creation and improved livelihoods, which further reduces pressure on remnant forests because local communities no longer clear the forest for subsistence agriculture.

As governments around the world work to meet conservation commitments and companies seek to identify sustainable sources of timber, bamboo should be considered as a resource that can simultaneously achieve these goals.