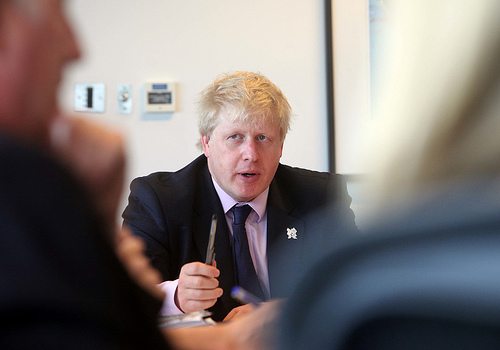 The mayor of London Boris Johnson has said that the city should exploit its full shale gas potential in order to “keep the lights on” and to satisfy the energy demands of a growing population.

He told the Times that energy security has to come first because “London’s electricity capacity headroom will be down to 2%” in two years time.

He said, “If reserves of shale can be exploited in London we should leave no stone unturned, or unfracked, in the cause of keeping the lights on.”

However, campaigners warned that this would not represent a viable solution to the pressures on energy demand.

She added, “London and the south-east are extremely densely populated areas where water resources are already overstretched.

“Shale gas drilling brings heavy traffic, noise and there are a number of outstanding concerns about contamination and pollution. In other words, it’s one of the most unsuitable places in the country for anyone to think about drilling.”

Carbon Brief’s Mat Hope analysed Johnson’s claims in detail, concluding, “If the right geology is there and if planning permission can be obtained, and the public can be won around, there’s technically no reason why frack pads couldn’t pop up across London.

“After all, drilling near urban areas is already being done for conventional fuels. But those are three pretty big ‘ifs’.”

In June, figures from the British Geological Survey revealed that shale gas reserves located in the north of England alone might vastly exceed expectations. Meanwhile on Monday, Dutch bank Rabobank announced it would refuse loans to businesses involved in fracking because of the safety and environmental risks it carries.