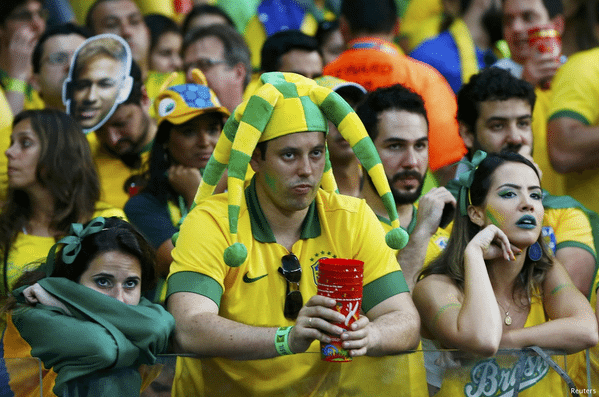 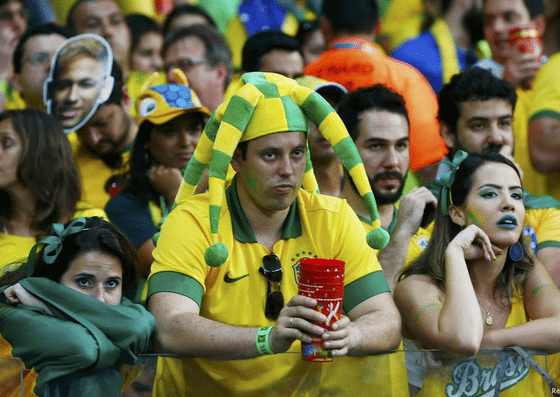 As Brazil and the Netherlands prepare to battle for the prestigious title of third place, we at Blue & Green Tomorrow have been warming up ourselves. Pitching the two nations together we ask which is the most sustainable.

It has, for all the enthusiasm, samba and investment, been a tournament to forget for the Seleção. Despite reaching the semis, Brazil never really convinced.

Without their talisman Neymar and defensive rock Thiago Silva the team imploded in spectacular fashion against Germany and the hosts were dumped into the third-place play off.

The Oranje, on the other hand, can be rather pleased of their efforts. Few fancied them to make such an impact on the tournament, but thanks to the bonkers genius of Louis van Gaal the Netherlands almost made it all the way.

So, when judged according to various equality, freedom and ethical indexes and their contributions to climate change, which of the two runners up will come out on top? Will Brazil find some consolation, or will the Netherlands keep surprising?

Brazil also has a Gini index – a measure of the income distribution of a nation’s residents, with 0% meaning total equality and 100% meaning total inequality – of 51.9% to the Netherlands’ 30.9%.

Brazil quickly concede again (doesn’t that sound familiar?) when it comes to The Index of Economic Freedom, which measures liberties such as property rights and investment freedom. With a score of 74.2, the Netherlands come 15th in the world, while Brazil places 114th with 56.9.

And again! Four – nil to the Oranje. The Freedom in the World Index looks instead at political liberties, giving a score between 1 (the best) and 7 (the worst). Again, Brazil fall behind with a score of 2.0 to the Netherlands’ 1.0.

Before you can ponder the irony that a team that contains Arjen Robben and Nigel de Jong is winning because of fairness, the rout continues.

The Good Country Index, which calculates how much each country contributes to or takes from humanity, considering things like culture and world peace, also goes to the Dutch. Holland sits in 4th, while Brazil languishes in 49th.

Running away with it, the Netherlands net again according to the World Press Freedom Index. The Netherlands bag a score of 6.46, to Brazil’s 34.03.

Just when it looks like the supposed best team in the world will concede a seventh goal for the second time in a week, they score a consolation.

Turning to environmental sustainability, Brazil holds a clear lead in green energy. Some 77.1% of the nation’s energy demand was generated by renewables last year, to the Netherlands’ 13.6%.

Then, Brazil score again, saving some face thanks to their proportionately lower carbon emissions. Brazil’s emissions total 2.4 metric tonnes per capita, to the Netherlands 15.2. There’s no time for a comeback though, as the ref blows the whistle.