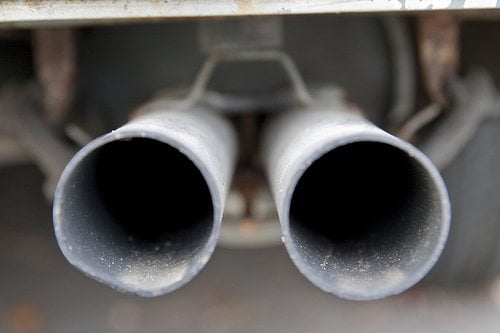 More than 21% of UK’s CO2 emissions are from transport with cars contributing for 40% of the total transport emissions. While the COP21 is bringing governments together to progress on policy responses to climate change, what are the steps that Britons can do in their everyday life to tackle transport CO2 emissions?

The transport search engine Gopili.co.uk analysed the environmental impact in terms of CO2 emissions of the different mode of transport.  The study aims to see how changing transportation habits can reduce CO2 emissions.

While one bus or one train itself emits more CO2 than a single car, the number of seats available as well as a high occupancy rate enables them to be more eco-friendly than the car. 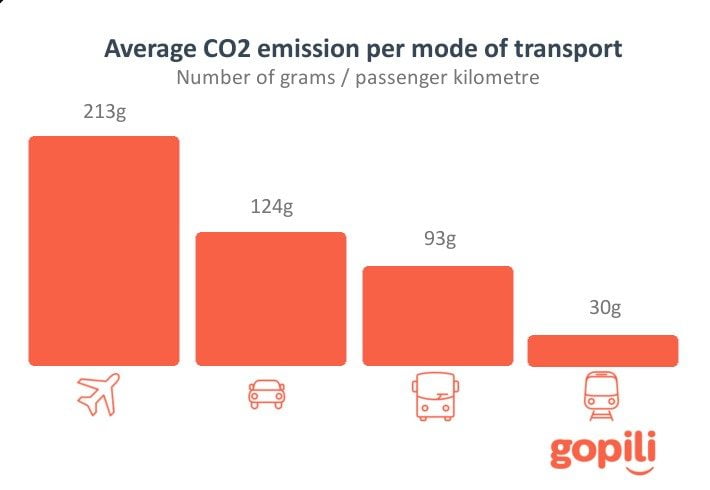 Ride sharing as an alternative option to reduce carbon footprint

Ride sharing is another option to take cars off the British roads and reduce CO2 emissions by encouraging people to share a ride for a certain trip. The average car occupancy rate in UK is 1.6 passenger while the figures for ride-sharing cars is 2.8, meaning that they emit 44% less CO2 per passenger kilometre (70g vs 124g). In complement of providing a low cost alternative to travel in UK, ride sharing could also enables British people to reduce their carbon footprint.

Cutting half of the CO2 emissions when travelling

By using another mode of transport than their car, Britons can cut on average almost half (48%) of their CO2 emissions when travelling (76% by train, 44% using ride share and 25% by bus).

On average, each Briton travels more than 6,700 kms by car per year (4,160 miles). Supposing that half of those journeys were made by train instead of car, it could reduce CO2 emissions by more than 20 million of tonnes across all British people in one year. It corresponds to the annual CO2 emissions of European countries like Croatia or Estonia.

The study is based on the latest UK department for transport statistics to estimate the average CO2 emissions per passenger kilometre. It was conducted by gopili.co.uk, leading travel metasearch engine in Europe, which makes the research of a transport ticket easy and transparent for travellers by providing journey times and prices in one click on all transportation modes: train, coach, ride share & plane.